An amalgam of the best bits of the 70s rock bands…

The sophomore album from Federal Charm is, in no uncertain terms, excellent. There, that’s out of the way. Now, I can tell you that this quartet actually comes from Manchester. Yes, the one in the North West of England. No, I can’t quite understand how that happened, either. I really don’t know how they’ve managed to capture this incredibly louche, drawling, bluesy sound living in mushroom city. Maybe the incessant rain there helps them play the blues. It certainly helps that Nick Bowden’s voice has a touch of the Paul Rogers about it, but that comparison does the band a disservice because they’re far more tonally varied than that.

For those familiar with their self-titled debut album, the sonic landscape will be immediately familiar: soaring bluesy slide, honky tonk piano, a little wah-wah, slick twin guitar lines, a dash of Hammond organ here and a sliver of harmonic there… It’s like an amalgam of the best bits of the 70s rock bands who were obviously influences on the band’s sound. Before you dismiss this as simple retro-rock, though, give it a listen. There’s a swagger, and a distinctiveness to the affair going on here. There’s the confidence to suddenly stop and pare everything back in the middle of ‘No More’ before following that up with a tonal switch to the delicacy of the ballad ‘These Four Walls’ which follows directly on from it that builds up through a swell of emotive blues vocals in one of the highlights of the album. But when they’ve taken your breath away with that, they follow it right up with ‘Hercules’ with a funky, groovy riff and a clever little twin guitar interplay from Bowden and Paul Bowe in a track that’s almost straight-up rock and roll.

I’d be remiss if I didn’t also mention L.D. Morawski on the bass and Danny Rigg on percussion, though – those two provide a solid, thumping groove for the guitar and vocals to build on. The banjo-pickin’ honky tonk of ‘Give Me Something’ leans heavily on the rhythm section and wouldn’t be half as much fun without them. Some may complain about the slightly varied approach – it won’t stay in a box so you can call it blues or rock or country or whatever. Even within songs, they’re likely to change the tonality and they manage to pull it off. Personally, I think it’s a positive thing that the album manages to be so varied and yet so coherent. When a band can write something as funky as ‘Push’ and put it on an album with a big stomping rock number like the opener ‘Across the Divide’ and have them both be excellent tracks – well, that’s something special.

Bad points? If I’m being picky, the production is sometimes a little off – a touch too much reverb on the vocal, a slight imbalance in the volume levels here and there. If you expected massive progression from their first album, you won’t get that here, either – but if you look at that statement from the other direction, I’m actually saying that this album is every bit as good as their debut was. This is a band that have nailed their flag to the mast and put down one hell of an impressive marker. 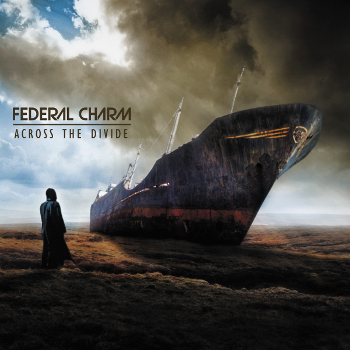