Born in and raised in Northampton, but things started rolling for Fe Salomon when London called and found herself in the swirl of Camden’s vibrant music scene. After leaving a tantalising trail of critically-acclaimed singles, we finally arrive at Fe’s debut long-player, the aptly-titled Living Rooms. This album is akin to walking through a mansion, and encountering each of the eleven tracks is like opening a door to strange rooms that host an array of intriguing treasures.

While favourable comparisons have been drawn with Bjork, Goldfrapp and even Stevie Nicks, it’s to Fe’s credit that she sounds like no one but herself and in an age when you feel that every musical avenue has been explored, this album has a pleasing air of originality. Therefore, when approaching Living Rooms you should clear your mind of any preconceived ideas and let the sumptuous sounds wash over you. With a dizzying array of vocals that throw the listener into a hex, opening cut ‘Polka Dot’ is perhaps the perfect introduction to Fe’s dark brand of pop (and I use that term loosely) and like a crooked finger beckoning you towards an evil carnival, you have no choice but to obey its call.

Imagine Kate Bush’s carrion call after imbibing hallucinogens, and you have something approaching the black magic of ‘Colours Sounds’. Perfectly capturing that magical moment betwixt wake and sleep, there’s an otherworldly air surrounding this track (and indeed the whole album) that renders it dark, discombobulating and slightly dangerous. However, for all of its dreamy nature Living Rooms isn’t the type of album you put on as background music, it’s a shapeshifter that’s full of musical twists and turns that demand your undivided attention.

Aside from Fe’s unique vocals, what sets Living Rooms apart from its peers is the use of unusual instrumentation. The unsettling ‘Quintessential England’ employs the howls of a tomcat, transcribed for violin and played with chopsticks, while ‘Due Respect’ draws from samples of actual submarines and pairs it with the auditory illusion known as the shepherd tone. In lesser hands this could make for a fragmented listen, and one that could be a struggle, but Living Rooms never loses sight of song structure, and subsequently it flows together smoothly and seamlessly and makes for a satisfying listening experience and one best consumed in one sitting.

True to form, closer ‘Taxicabs’ takes us on a musical trip through the loss of love, survival instinct, memories and the vast Nietzschean void with an ending that raises as many questions as it answers. Living Rooms is an album that arrives fully formed, and one that suggests that is just the start of an amazing journey. 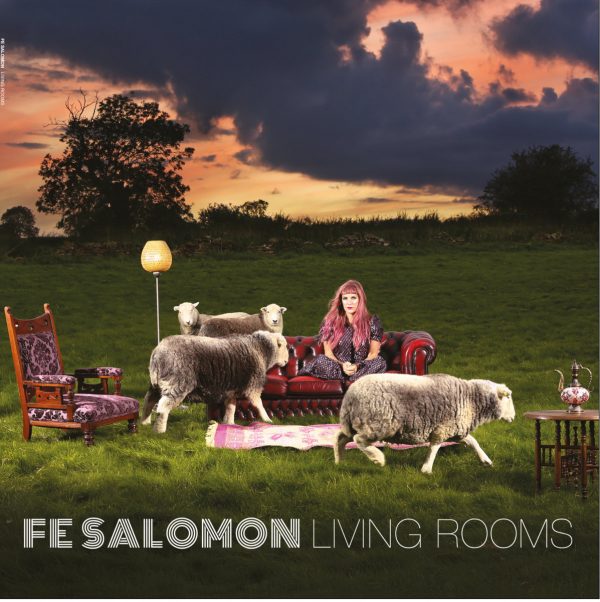