Eyehategod, whose eagerly-awaited new album, A History of Nomadic Behavior, arrives on March 12 (Century Media Records), join fans for an online album listening party on March 11, taking the audience through each track as they give attendees an opportunity to hear the 12-song before its release. 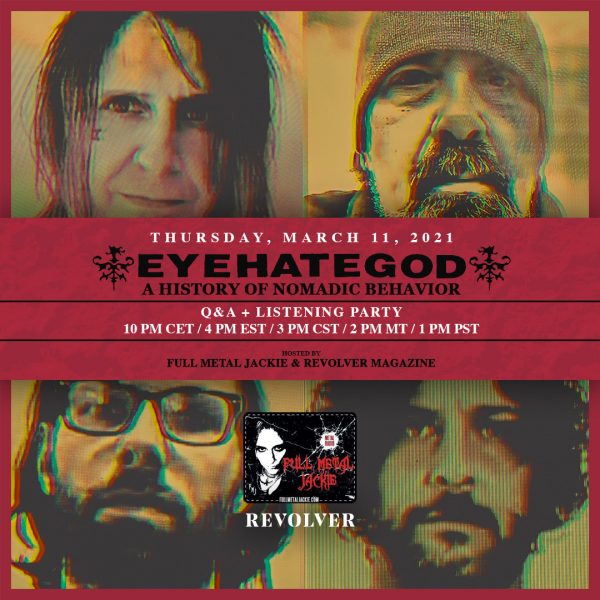 “Be the first to cut to the front of the line to check out the new album, A History of Nomadic Behavior, before its official release date,” says Eyehategod singer Mike IX Williams. “Refill your prescriptions and make use of your lockdown time while we spin the newest EHG material. Dress accordingly.”