Seemingly hell bent on self-destruction I never thought Eyehategod would make it past their debut album. Not only have they continued but they’ve left a tantalising trail of vinyl that’s led to their seventh long player A History Of Nomadic Behaviour. It finds the band forging new ground and alchemising their sound into pure gold.

It’s heartening to hear that time hasn’t dulled the bands rage and opening salvo ‘Built Beneath The Lies’ fires a warning shot which reverberates throughout this 12 track pummelling. Arriving within a ball of glorious feedback Eyehategod immediately mix up tempos and time changes with reckless abandon. Stopping and starting on a dime makes this album a particularly punchy affair with haymakers and uppercuts being thrown from every direction. If anything Eyehategod have become even more brutal over the years with Mike Williams’ famous whisky croak becoming even raspier and guitarist Jimmy Bower dredging up crushing riffs from the depths of his amplifier.

A History Of Nomadic Behaviour has the type of sound that’s perched precariously on the ledge of a precipice; it teeters and sways but Eyehategod are seasoned enough to reel things in just before they topple. It makes for an intriguing listen and one which keeps you on the edge of your seat. The gaps between tracks is kept to a bare minimum which only adds to the feeling of urgency as Mike delivers his words like a demented preacher. As with their last full length (2014’s eponymous effort) Mike has begun enunciating his lyrics more clearly and it’s a vast improvement. I always felt they were far too good to be buried beneath a growl and the “welfare/warfare” coupling on ‘High Risk Trigger’ is priceless.

Eyehategod, along with Crowbar and Exhorder, forged the New Orleans sludge metal schtick but there’s an expansive nature to their sound which sets them apart from their peers. I detect a definite hardcore influence in the bands delivery which trims any excess baggage and sends songs like ‘Three Black Eyes’ and ‘Current Situation’ mainlining straight to your cranium. It’s a sound akin to Black Sabbath’s Paranoid album fused with Black Flag’s My War and the result is a drug induced paranoia that’s oppressive and heavy whilst garnished with dark, unremitting lyrics.

In a case of art imitating life A History Of Nomadic Behaviour has really captured the current zeitgeist. It’s an album born of frustration and pain, global racketeering and population lockdowns and filters them through the eyes of a ratcheted and wretched individual. Take the claustrophobic ‘The Trial Of Johnny Cancer’ for example, a song on which you can feel the walls closing in until they squash you.  Eyehategod have produced an album of many shades and textures that ebbs and flows perfectly which is best exemplified by closer ‘Every Thing, Every Day’. With a riff straight from the Jaws soundtrack it violently ululates and chases the listener towards a frantic conclusion.

After three decades of aurally assaulting listeners Eyehategod are still finding new ways to push their sound forward. Long term fans needn’t worry; it’s the same band only enhanced with a bolder production and crisper vocals, both of which enhance their attack manifestly. Enjoy. 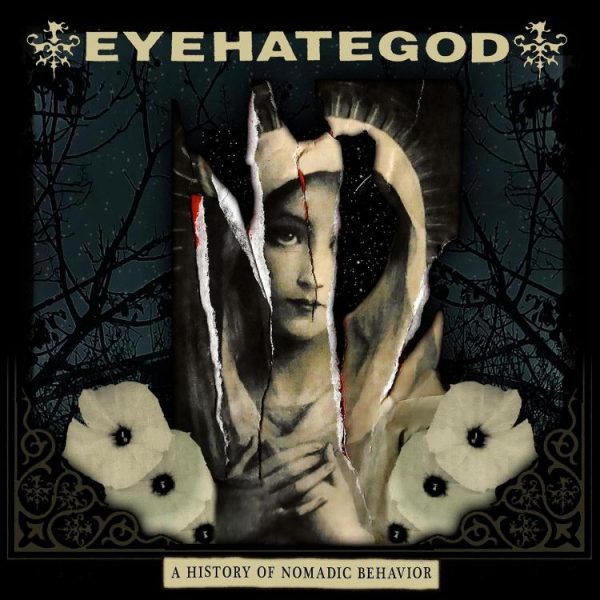