Like many bands who pioneered the early thrash sound (think Anvil and Accept) Canada’s Exciter got usurped by those who followed and refined it for mass consumption. The likes of Slayer and Metallica took metal to a whole new level of speed and technicality, and the first wave were always going to sound light weight by comparison. That’s unfortunate, because out of the spotlight Exciter left a tantalising trail of vinyl that could rival anything released by the “Big 4”. Originally released in 1992, Kill After Kill was Exciter’s sixth studio album and it found them mining a rich seam of heavy metal. Criminally out-of-print for many years, Kill After Kill gets a loving reissue by Cherry Red, on standard CD, or silver vinyl.

Released in 1992, when grunge was at its height and Metallica had wimped out with their Black Album, there’s something refreshingly metal about this album that stood defiantly in the face of prevailing winds. If you were in any doubt about the band’s allegiance, then opening cut ‘Rain Of Terror’ should set you straight. Introduced by a buzzsaw riff, it appears with little warning, and is all the more powerful for it. Drums beat out a heart-attack inducing rhythm, the guitar send sparks in every direction while Dan Beehler’s razor-sharp vocals cut the air like a steely knife, and with throttle open wide, it sets a dangerous precedent for the next 37 minutes. However, unlike many of their peers, Exciter didn’t feel the need to speed along all the time, they understood musical dynamics perfectly, and would insert slower passages that’d contrast well with the faster.

The band produced this album in conjunction with Manfred Leidecker, and I’m in two minds about the sound which Kill After Kill has been afforded. On one hand the sound is very light on the bottom end; the drums don’t hit so much as pad, and you get the feeling this album could have been much more powerful had they been given the requisite punch. On the flip side, its rawness is also its charm; heavy metal should always be roughhewn and not polished to a shine. In fact, tracks such as ‘Cold Bloodied Murder’ and ‘Smashin’ Em Down’ sound as if they were recorded in 1982 (always a good sign) and their raw and visceral nature that this production presents is further evidence of a band flying in the face of fashion.

Taking their name from the opening track on the 1978 Judas Priest album Stained Class, Exciter were the original propagators of both speed and thrash, and it’s a torch they boldly carried on Kill After Kill. While they were once pack leaders, the times eventually caught up and overtook them, Exciter stayed true to their roots and much of this album captures that magical moment when the NWOBHM was morphing into thrash. Think early Maiden jamming with Bonded-era Exodus and you’d have something approaching the sheer velocity of Kill After Kill. What’s most impressive is that this record was recorded as a trio, Beehler doubled up on vocals, John Ricci provided the guitar pyrotechnics and David Ledden pummelled the bass (his only album with Exciter) and the three conspire to create a sound that’s far bigger than their constituent parts.

Closing with a live version of new track ‘Born To Kill’ is slightly puzzling, I assume it was included to bolster the running time, but it seems a tad out of place on a studio outing. However, that’s a minor complaint because Kill After Kill was one of 1992’s best albums, and three decades later it still sounds fresh and exciting. If you’re already hip to Exciter and need to fill your collection, or if you’re a newbie who wants to rock out to that classic proto-thrash sound, then this reissue is for you. 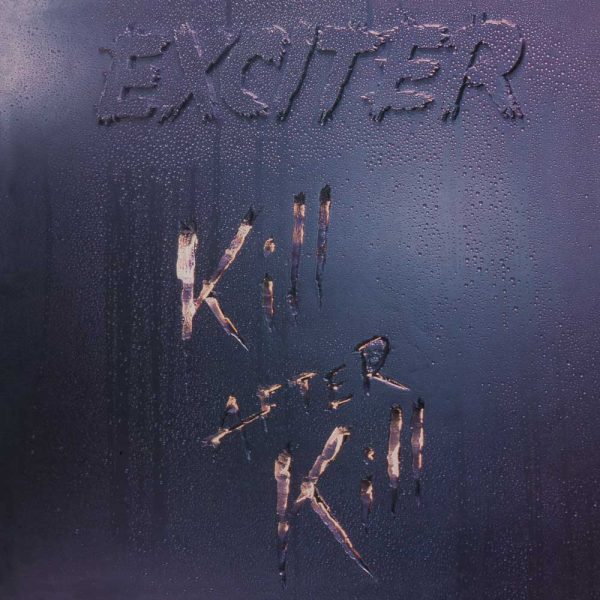