Paul Castles has his head turned by Ever Circling Wolves’ new release, issued via Cimmerian Shade Recordings on January 27, 2017

Of Woe or: How I Learned to Stop Worrying and Love the Gloom is an exceptionally elongated name for an album by any standards but don’t let that deter you from exploring this interesting release from Finland’s Ever Circling Wolves. A kind of black/death/doom mix, it’s certainly the latter quality that dominates, albeit with a shade of doom that allows plenty of light to filter through.

‘Sunrise Has Gone’ is a chirpy enough instrumental to set us on our way but the Finns reveal much more of themselves on the following ‘Coeur’, which is heavy in tone, slumbering along under creative but formidable grooves, with a hefty layer of drums applied across the top. The vocals when they appear from Henri Harell are spoken and croaked as though in need of a little pic-me up. ‘Coeur’ is eight minutes long, as are the following two tracks. It does feature a minor tremor late on although there’s so much fuzz being kicked up in the production it’s not particularly digestible.

‘Haunted’ lives up to its name initially, with a deathly slow riff with long drawn out vocal snarls although it shows an unanticipated soft underbelly when spiraling off into some ambient guitar work, not too dissimilar from the modern day Opeth. Clean singing then appears for the first time, making a brief diversionary tactic before the dark clouds hover and burst once more.

‘In The Trench’ follows in the same heavy doom direction before Ever Circling Wolves once more change tact with a well composed instrumental piece, ‘Challenger Deep’, that only briefly plunges into genuine doom territory, although on the whole it’s more fragrant than ferocious. The song fades straight into ‘Deep’ which picks up the same baton of cleanly picked guitar grooves, the song slowly gaining depth and a more rounded feel as we venture deeper in. When the vocals come we get not one but two surprises. The first is the return of the clean signing but even more startling is the administering of another male voice to create the harmony.

There’s nothing wrong with it but the reservation is who are they reaching out to, if anyone? If it’s the doom crowd, will they be prepared to embrace the soft stuff before the wraps come off the meatier moments?

More questions are raised by ‘Lenore’ which comes in with a chug that you expect to gather pace only for clean spoken vocals to halt the momentum. The hairier vocals do kick in and the song starts to assert, but again the Finnish quartet mix things up with an eclectic jazz funk phase midway through.

Of Woe or: How I Learned to Stop Worrying and Love the Gloom is not an easy album but that in itself is no bad thing. The question is whether those with a yearning for the heavier doomier cuts are prepared to go along with some of the more ethereal elements. The album does at least go out on a high with the 15-minute beast, ‘These Are Ashes, These Are Roots’, which maintains a satisfying Sabbath-like riff throughout along with Henri’s torn to shred vocals. 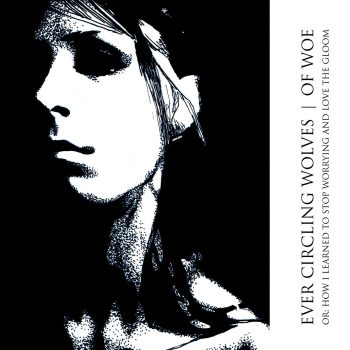