“My name is Eric Gales. Any questions?”. So begins ‘Crown’ the latest from blues guitarist Eric Gales. Confident, ballsy, confrontational, it could be the album in a nutshell. But more of this later, let’s get a bit of background first.

Gales was, back in the early 90’s, the ‘next big thing’, along with another precociously talented youngster who went by the name of Bonamassa. Then life spun them off in seperate directions – Bonamassa to worldwide fame and acclaim and Gales to substance addiction and eventually, jail time.

But Gales fought back, got clean and started to release increasingly impressive albums. He finally reconnected with Bonamassa and asked him if he might produce his new album. ‘Crown’ is the fruit of those labours. Co-produced (and co-written alongside Gales) by Bonamassa and Josh Smith, this album is arguable Gales finest yet. It finally finds an artist comfortable in his own skin, confident in his abilities and more than ready for his moment in the spotlight. It’s been a long time coming.

This is an album of many moods, from fiery driving blues rock to slinky soul, interspersed with occasional instrumental vignettes, it’s 16 tracks make it feel like a proper old school double album, with barely a moment of filler.

So, yes, alongside the standard blues (behind which Bonamassa presence can be very palpably felt), we get lot’s of other shizzle. ‘Stand Up’ heads into smooth soul territory, albeit with a killer guitar solo (obvs), while ‘My Own Best Friend’ dips it’s toe in jazz. Gales wife, La Donna Gales, steps forward from supplying sterling backing vocals to take the lead on ‘Take Me Just As I Am’, which effortlessly whips up a fine Curtis Mayfield vamp to back her up.

Other highlights? ‘Too Close To The Fire’ is a brooding, Hendrix style thing which subtly begins to morph into a bluesy ‘Comfortably Numb’ style epic. Yes, it comes mightily close to theft but then doesn’t all the best blues music?.

‘I Found Her’ starts with lonesome accordion before heading off into a gentle, heartfelt acoustic ballad….until, that is, it fades out and then tears into a scorching, emotional electric solo. It’s cool, classy and very impressive indeed.

Which, again, pretty much sums up this album. Gales has never been better – relaxed, controlled, honest, playful, angry and never forgetting to wrap it all in damn good songs. His playing, too, has matured – serving the song, there’s no shredding for it’s own sake – although that duel with Bonamassa comes fairly close…but hey it’s fun!

Another mention for Mr. B too. He’s a fine producer and this album is another step feather in his cap – warm, organic and clear, we can only hope one day that he decides to produce one of his own albums…that will be his opus. But the final word here has to go to Gales. Kudos to the man, this is a definite early contender for blues album of the year and let’s hope that this does give him his moment in the sun, his crown.

Released by Provogue Records on 28 January 2022 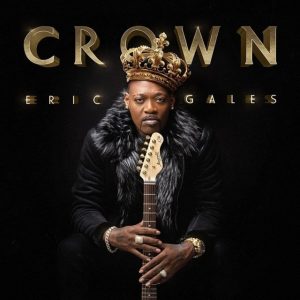