Having kicked heroin and hooked up with the woman he wrote one the world’s greatest rock songs about, Eric Clapton had a lot to be thankful for in 1974.  He addressed it by increasingly giving lip service to God in song. It had begun with Blind Faith’s ‘Presence of the Lord’ and became most obvious in the gospel of ‘We’ve Been Told (Jesus is Coming Soon)’ but the road was long, and he felt redemption incomplete as evidenced in ‘Give Me Strength’ the name given over to this new five CD plus a surround-sound Blu-Ray collection comprising his work between 1974-75.

Heading out to Criteria Studios in Miami, a healthier Clapton found a group of seasoned musicians without superstar egos and – under the guidance of producer Tom Dowd – began forging himself a solo career. Gone were the fire-power explosives of Cream instead we had songs that flowed one into the other, mainly blues shuffles and acoustic grooves and a little too easy-listening in places for some, but the fact remains 461 Ocean Boulevard is one of the most cohesively complete albums ever recorded. Bob Marley’s obvious talent aside, Clapton made the pair of them household names covering ‘I Shot the Sheriff’ and it becoming a worldwide hit single that also acted as the calling card for casual purchasers to check out the rest of the album. This was the sound of a band; Clapton submerged his public image and gave the world his voice, one fragile at times that needed Dick Sims’ understated keyboard playing to assist it resonate as he poured out his heart. Not that the record was one of despair, the beautiful ‘Let it Grow’ fostered hope for the future and others sounded like the band were having a party in the backyard. When the electric guitars did surface, George Terry was often at the forefront, tearing up on slide during opening track ‘Motherless Children’ and writing the cruising rock of ‘Mainline Florida’ that ended Side 2, a blueprint for The Eagles’ ‘Life in the Fast Lane’. 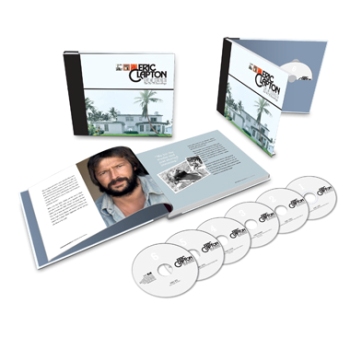 Looking for spiritual inspiration further afield in Jamaica for the follow-up There’s One in Every Crowd they got ganja but political unrest, the result’s a mix-and-match including reggae tunes like the single ‘Swing Low Sweet Chariot’, some accessible country music and the shuffle boogie of ‘Little Rachel’ (a pre-runner to the latter ‘Lay Down, Sally’ hit single off Slowhand), but collectively they’re not one dimensional songs as they veer off into some interesting musical asides; the band had got off the back porch and were now stretching their legs, metaphorically. The albums hidden gems come at the end as a joyful acoustic is joined by a teasing electric slide with Clapton singing poetically “High above the mountain top, where the eagle builds its nest” on ‘High’ – And it’s only after all these years I realise the slide intentionally mimics George Harrison’s signature sound and Clapton’s singing about their friendship and mutual love for Patty Boyd. ‘Opposites’ begins as a downbeat Cajun lullaby until Sims’ organ ruminates over the chord changes, an acoustic guitar begins to solo, a brief electric follows, the two dance and the whole thing rises majestically, ending too soon. It’s better than the extended piano-guitar exit on ‘Layla’ to my mind.

Each disc features session outtakes, some that have been released since the 70s, others heard now for the first time – Both versions of ‘Getting Acquainted’ are what they read on the tin: the band jamming on a groove, learning how to work with each other, but then it sparks a moment and someone solos. Interesting, but. Whereas, ‘Please Be With Me’ with Clapton singing and playing dobro solo is way cool, though you can tell why Dowd picked the officially released group version to bed in with the rest of 461’s sound.

In the days of the great double live album, E.C. Was Here surfaced as a single disjointed piece of vinyl.  Here it breathes, with improved sound, expanded and sequenced infinitely better to give blues standards like ‘Have You Ever Loved a Woman’ conceptual purpose and  encompass ‘Badge’, ‘Layla’, a bluesy ‘Crossroads’, a sensitive reading of ‘Little Wing’ that wipes the floor with the star-studded Rainbow Concert version and an absolutely scintillating version of ‘Eyesight to the Blind/Why Does Love Got to be So Sad’ that dips and skips between Latin rock and jazz fusion while dive bombing into heavy metal soloing territory yet constantly being melodic. You have to ask what idiot at the Robert Stigwood Organisation was so busy diverting Cream back-catalogue sales to fund Saturday Night Fever that they couldn’t see the gold waiting to be swept up by ignoring them first time round? This adds a whole other aural dimension to the Eric Clapton of that time, when the only glimpses we’d previously got were him calling out chord changes for the band as he improvised over ‘Ramblin’ On My Mind’ or shot-from-the-hip during the incendiary wah-wah section of ‘Presence of the Lord’. Regardless, it’s still Yvonne Elliman’s vocal performances that remain the stand-out contributions; aside from the two Blind Faith numbers where she sings divinely we now have a Stax-tight version of ‘Get Ready’ that’s downright raunchy as she lays down a heavy rap about “waggling your piece of meat”.

Among Clapton’s influences, Buddy Guy and Freddie King stand tall. The latter was taken far too early from life, but he toured with Clapton and they recorded tracks for King’s Burglar album. That the CDs conclude with those recordings is no gentle passing on of the torch as King’s vocals roar out impassioned and his guitar rocks as he leads on these hard funky blues numbers with Clapton an enthusiastic disciple rising delightedly to the occasion. Alcohol problems and slick anonymous albums would come and pass over the coming years for E.C. but during this period he began to learn to work with people which actually made him the great bandleader many musicians now applaud him for.

Since being given this to review, Give Me Strength has been on constant play, from start to finish, and I’m forever hearing and learning things about songs I thought I knew inside out. It’s been a revelation to me, even if it’s not quite God on guitar. 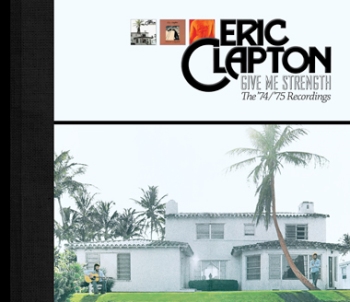 Disc 2 – There’s One in Every Crowd (Expanded version)