I don’t know whether it’s a twist of fate or just coincidence, that mere weeks before the 40th Anniversary edition of arguably Rush’s definitive album, Moving Pictures, appears, the first substantial slice of music from one of the legendary trio since the band’s farewell tour in 2015, and since Neil Peart’s tragic and untimely passing, is released. It’s not a solo album, as many might have expected, but Alex Lifeson’s participation in a project with fellow Canadian musicians Alf Annibalini, listed as contributing guitar, keyboards and programming, Andy Curran, once of metal band Coney Hatch, on bass, synthesisers, more programming and, er, stylophone, and Maiah Wynne, who came later to the project, to add some quite wonderful vocals to the album. Alex himself is listed as playing guitar, obviously, as well as banjo, and even more programming.

It should be a given, but worth saying anyway, that you should cast aside all your preconceptions about what to expect from this album. Whatever you might have expected from Alex, this probably isn’t it, the music is a combination of Maiah’s haunting voice, over mostly electronic music, often with a genuinely gothic feel. If Alex’s guitar makes its presence felt, it’s always done with restraint, never overwhelming, or dominating the music. Opener ‘Never Said I Loved You’ has that electronic backing, and a genuinely infectious melody, with Alex’s guitar adding its presence towards the end, while ‘Shadow’ adds more space to the sound, making it almost cinematic, bringing to mind the likes of Iamthemorning and When Mary. ‘Look Inside’ gives you the occasional hint that it might burst into a more conventional rock song, but the band draw back, and just continue to weave the patterns of sound, whereas ‘Liar’ does cross that line, although the riffs come from the synthesisers, but there’s some more nice guitar here, underlining the riff, which, by the way, is quite the heaviest on the whole album.

‘Spy House’ has a staccato riff, and a bit of a reggae shuffle, but again, the expectations are overturned with a guitar solo, and then an oddly abrupt ending, typical of the way this album often keeps you guessing. ‘Dog’s Life’ even has some power chords, but only as part of the washes of sound that make up the backdrop behind Maiah’s voice. ‘Kabul Blues’, one of the first excerpts from the album made public, is a sort of blues but Maiah’s vocals give it an almost Middle Eastern feel, reminiscent of some of Robert Plant’s recent work. ‘Old Strings’ is another slower track, with what sounds like a steel guitar, whereas ‘Dumb’ has a quirky, almost bouncy, insistent pace, that grows in intensity as it goes along, one of the most fascinating tracks on the album, and ‘Enemy’, with its unsettling lyrics, has a brilliantly heavy chorus, and is yet another wonderfully atmospheric track.

The final track on the album is ‘Western Skies’, which feels separate from the rest of the album, not just because it’s a mostly a gentle acoustic song, but because it was written by Alex Lifeson on Neil Peart’s balcony, during one of his last visits to his friend and bandmate, as he put it, ‘watching the sunset and finding inspiration’.

‘Envy of None’ might not be what was expected from Alex Lifeson, but it’s a genuinely multi layered and engrossing album. All sorts of comparisons have been made about the music, everything from Nine Inch Nails to Kate Bush, via Evanescence, Tori Amos and many more. What does give the album its presence and its personality, though, is the quality of the songwriting, aligned with the music that surrounds and enfolds the vocals, somewhere down the line, there really should be a 5.1 mix of this album, because it would be something quite special. I think the chances of hearing this music played live are quite remote, at least on this side of the Atlantic, which is a pity, because I suspect that it would take on even more atmospheric qualities in the right setting, but instead we should just enjoy an absorbing, fascinating album, superbly sung and put together, even without the pleasure of hearing Alex Lifeson playing again. Do we dare hope this is more than a one-off album? Fingers most definitely crossed. 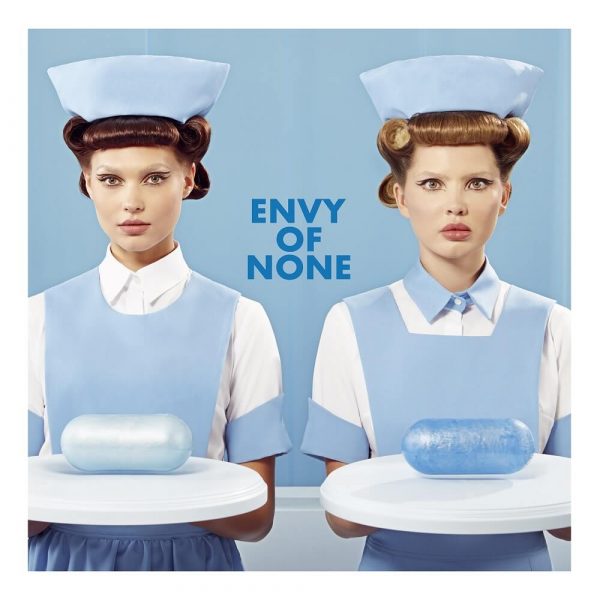