Targeting world domination, and who’s going to stop them?

Since their arrival on to the British hard-core rock scene seven years ago, through hard work, dedication, determination, an adrenaline-fuelled live show, sweat, tears (and probably blood as well), Enter Shikari have become an entity of their own, a British powerhouse attacking politics, racism, sexism and pretty much everything else that’s wrong with our society. 2011’s Flash Flood of Colour took them into the top 5 of the UK album chart, which was a true triumph for such a humble band. With new album The Mindsweep, it seems Rou Reynolds and co. are more pissed off at the world than ever, and it makes for a pretty unforgettable experience.

In a nutshell, the record is a typical Shikari record, meant in the most complimentary way possible. Full to the brim of aggression, progression and thought provoking lyrics, songs like ‘The Appeal & The Mindsweep I’, ‘The Last Garrison’ and ‘Myopia’ all emphasise this; each carrying that punchy, powerful and brain-quaking Enter Shikari sound that current fans will adore and new fans be mesmerised by. What the four piece have always done – and continue to do – is create songs that keep their insane live show which they are renowned for all over the world at the same intensity but with fresh thoughts, ideologies and beats.

Oddly, it’s during the records more elegant and harmonic sections where The Mindsweep makes its everlasting mark. ‘The One True Colour’ is a marker not only for the vocal range Rou Reynolds has, but of Enter Shikari’s ability to create a song that can blend a mix of sounds and form an end product that has the audience feeling something other than aggression, more a euphoric understanding that Enter Shikari are now much more than a band that cause a few good mosh pits.

This feeling is bought forward into songs ‘Anaesthetist’ and ‘Never Let Go Of The Microscope’ while one track refers to a classic Greek philosopher and the other the good ol’ NHS system both are similar in the sense that they give Rou Reynolds the chance to show off his ever impressive lyricism which effortlessly mixes together insanity and poignancy and then descend into the madness that is one of Enter Shikari’s breakdowns. Both tracks bring a pacey sinister end to what are two thought provoking and empowering tracks.

‘Dear Future Historians’ is reminiscent of ‘Constellations’ found on Enter Shikari’s previous record ‘Flash Flood Of Colour’ both giving lush, emphatic and calming sounds before culminating in a big old rock song, but with this effort containing a bit more bite to the swan song like sound.

The Mindsweep is the culmination of a band at the peak of their powers that seem to get better as time rolls on, with this being their best effort so far it would seem the only way for Enter Shikari is down from here. But with a UK tour on the horizon and a truly adoring fan-base it seems evident that Shikari are targeting world domination, and who’s going to stop them? 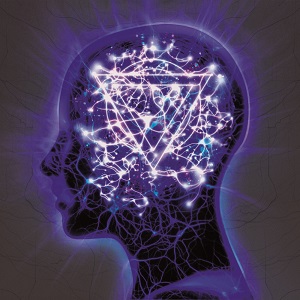