A night staring at a beanpole of a fella cavorting in his underpants wasn’t exactly what I’d bargained for when heading off to Wolverhampton to catch the Norwegian black metal legends Enslaved.

Nevertheless, that’s pretty much what ensued when the opening act took to the Slade Rooms stage. The band’s image was further enhanced by the liberal dousing of fluorescent paint on the faces and bodies of all the band members. So with all this to contend with, actually trying to focus on the music was not entirely easy. Indeed, for the beleaguered front row events took on an even more uncomfortable dimension when the singer opted to prop himself up against the rail with one bare foot on it, legs all at sixes and sevens. This in turn left his manly credentials right under the noses of the front row who admirably maintained a sense of dignity and disdain as though having a tall gentleman wiggle his wotsits in front of them was exactly what they’d expected when heading to the Black Country for a night out.

You’re probably thinking ‘what about the music?’ Well yes there was that as well, and not entirely bad either. A full-on metalcore attack, stripped to the bone, that’s literally as well as figuratively of course. Unfortunately, I could not actually find the name of this band and subsequent online searches proved fruitless. I would prefer reviews to focus more on the music and less on the underpants and this can easily be achieved by purchasing a pair of gentleman’s strides before their next performance.

Grand Magus are no strangers in these parts and put on a great show when supporting Behemoth at the Birmingham Academy a year or so back. Their not too serious brand of energetic, high tempo, melodic metal has seen them establish a burgeoning army of fans across Europe and beyond. Having achieved the desired bicep pump by taking to the stage against the backdrop of the Conan theme, the Swedes’ began an hour-plus set with ‘The Jury’ and ‘Sword of the Ocean’.

Grand Magus are great songwriters and their fist-pumping anthems are easy to take to, songs like ‘Steel vs Steel’ just one of several highlights from latest album Triumph and Power. Attention did drift a little towards the end, despite JB being such a charismatic performer, and 75 minutes is a long stint for a support. They rescued it at the end though with the rousing crowd pleaser ‘Hammer Of The North’.

Enslaved’s UK tour was coming quickly on the heels of their appearance at Bloodstock. The Norwegians have now hit the 25-year landmark although their impeccable album In Times shows that the Bergen boys have far from hit the wall. ‘Thurisaz Dreaming’ and the dynamic ‘Building with Fire’ are two stand-outs from that album, front of stage Grutle Kjellson providing the growls and barks with keyboard player Herbrand Larsen delivering wonderfully smooth harmonies of his own. The contrast makes Enslaved a couple of steps removed from your average black metal band. Which of course, they’re not!

Enslaved have always delivered their own distinctive take on black metal, relying on their musical agility and aggression rather than any satanic trinkets to get the fans on board. Although often extreme in much of what they do, there remains a scintillating soundtrack of rhythms that are both heavy and heavenly, frequently simultaneously.

When it comes together, as it usually does with these Scandinavian veterans, on songs like the epic Ethica Odini from the 2010 album Axioma Ethica Odini the result is all consuming. They reached further back into their extensive armoury for the final few tracks with ‘Convoys To Nothingness’ from the 2001 album Monumensio.

Although musically the band have grown and matured they’re not ready to cast aside their caustic black metal roots. When Grutle and Ivar formed the band, they were still doing homework, taking the inspiration for their name from the Immortal song ‘Enslaved To Rot’. Their homage to those distant days came in the form of the primeval pummelling of ‘Allfadr Odinn’ from their 1993 debut EP Hordannes Land.

Incendiary, imaginative and intelligent, all of these qualities combined on the final Enslaved song of the night ‘Isa’, which I’m reliably informed is not an ode to a particularly popular form of building society savings account.

Having wrapped up their Euro obligations, Enslaved will shortly head to the US for a lengthy tour alongside Between The Buried & Me. The Yanks are in for a treat. 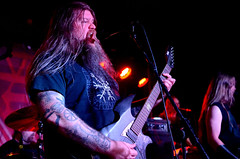 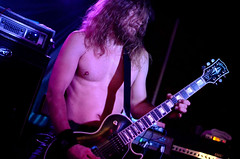 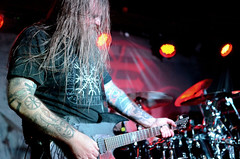 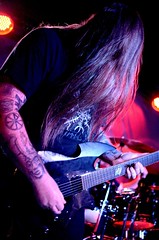 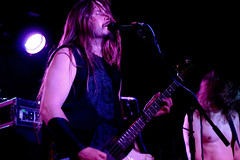 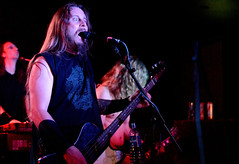 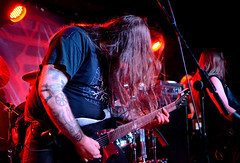 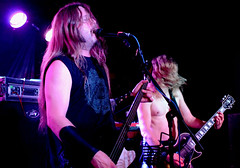 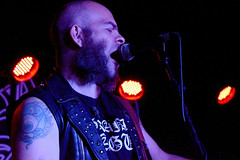 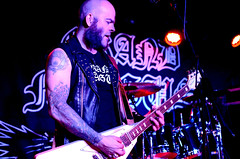 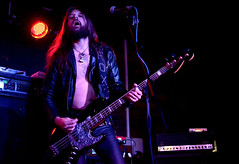 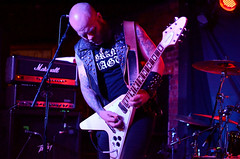 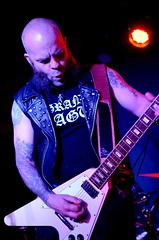 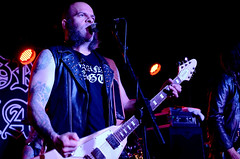 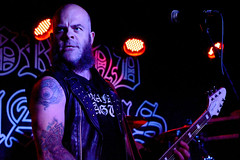 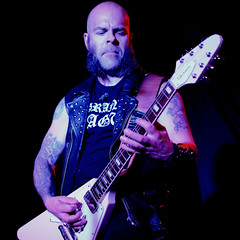 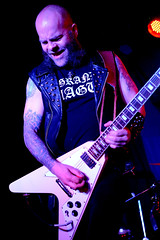 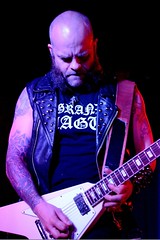