The Rolling Stones then headlined the second night of live music at with a spectacular setlist composed of 19 of their biggest and best-loved songs. 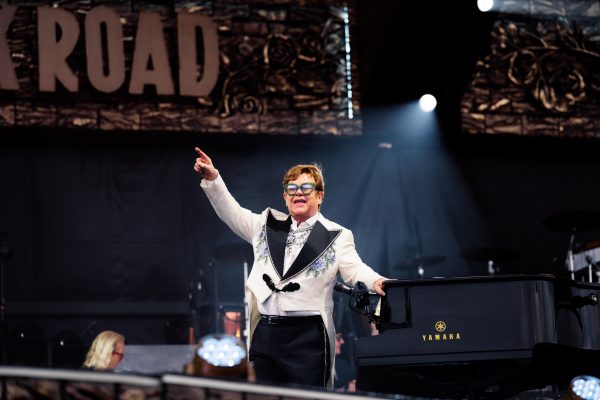 Elton John treated the cheering Hyde Park crowd to an immense catalogue of hits from his 55-year career. With a set thoughtfully presented in three sections, Elton wowed the audience with hit after hit – from I Guess That’s Why They Call It The Blues to Tiny Dancer, Sorry Seems To Be The Hardest Word to Candle In The Wind, even dedicating Don’t Let The Sun Go Down On Me to his friend, and fellow icon, George Michael.

Elton continued the accolades by showing his gratitude to his support line-up. He said: “Thanks to the artists that have supported me. They were all hand-picked by me and I played them on my Apple Radio show. They’re young and they’re brilliant. Thank you for being so kind to them.”

Concluding his set with three legendary tracks, Elton performed Cold Heart which he originally duetted with Dua Lipa for his encore, followed by Your Song and finally, Goodbye Yellow Brick Road. 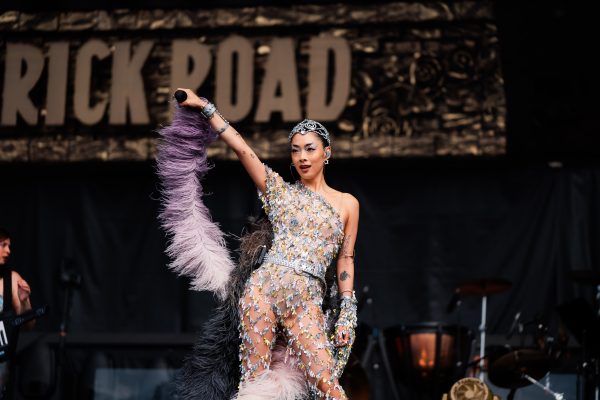 Rina Sawayama was second on the billing for the Great Oak Stage, wearing a sparkly catsuit as a dedication to the iconic style of Elton John. The 31-year-old sang tracks, including Commes des Garçons, Bad Friend and a special solo rendition of her duet with Elton, Chosen Family. Beaming at being hand-picked to support her idol, Rina told the crowd, “Everyone deserves to be loved for who they are – and if anyone knows about the power of love in music, it’s Elton John. I was so lucky because I was able to record a very special version of this song with Elton John for his amazing lockdown album. I feel so honoured and privileged to be performing it to you.”

Later, Rina celebrated the LGBTQ+ community, saying: “I don’t know if you know, but I’m out and proud – [I’m] pansexual, and so this [Pride] month is very important to me. And I just want to make sure before we go that we are having a little party, a little dance.”

BRIT Award nominee Rina Sawayama rose to fame following the release of her critically acclaimed debut album SAWAYAMA in 2020. She’s since collaborated with Charli XCX on her hit single Beg For You, and will release her eagerly anticipated second album Hold The Girl in September.

The day kicked off on the Hard Rock presents Rainbow Stage with Mercury Prize nominated Trinidad-born, London-based rapper producer and songwriter Berwyn. Raising the energy of the crowd as the perfect warm up for a day, legendary talent Berwyn entertained the audience early on. Meanwhile, LA trio Gabriels opened as the first act on the Great Oak Stage for the day. The gospel-soul trio, established as ‘2022’s word-of-mouth hit’ warmed up the buzzing Hyde Park audience with much-loved songs including Love and Hate in a Different Time. 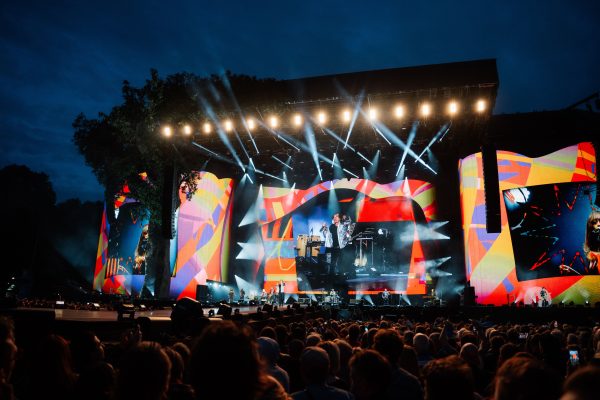 Celebrating 60 years of music, The Rolling Stones returned to BST Hyde Park after 9 years away as a part of their ‘Sixty’ tour – their first tour since the passing of renowned drummer Charlie Watts in August 2021. The band treated an electric Hyde Park crowd of 65,000 people to an immense catalogue of tracks, performing legendary tracks such as You Can’t Always Get What You Want, She’s Like A Rainbow and Paint It Black.

Mick Jagger made a special dedication to the late Charlie Watts before launching into Tumbling Dice. The frontman told the crowd, “In 1962, we met a drummer from Wembley called Charlie Watts… and sadly this is our first show in London without him. So, we would like to dedicate this show to Charlie!”

Later, in a poignant moment during Gimme Shelter, the Ukrainian flag flew boldly on the screens in a gesture of solidarity.

The Rolling Stones concluded their set with two iconic tunes. Mick, Keith, Ronnie performed Sympathy For The Devil and (I Can’t Get No) Satisfaction bringing their two hours and 15 minutes show to a powerful climax.

Towards the end of the show, Mick humbly thanked the audience for sharing the evening with the band. He said: “It was 60 years this week that we played our first show around the corner at the Marquee Club. We want to thank you for coming back to see us.”

The band are performing several summer dates across Europe, with their two dates at BST Hyde Park representing the London segment of the tour. The band returns for a second headline slot on Sunday 3 July.

The War on Drugs was second on the bill for the Great Oak Stage. The four-piece rockers from Philadelphia, Pennsylvania took to the stage under the Saturday evening sunshine to perform key tracks from their highly-acclaimed albums A Deeper Understanding and I Don’t Live Here Anymore. Lead singer, Adam Granduciel, alongside band members David Hartley, Robbie Bennett, Charlie Hall, Jon Natchez, Anthony LaMarca and Eliza Hardy Jones wowed the crowd with tracks including Under The Pressure and I Don’t Live Here Anymore. 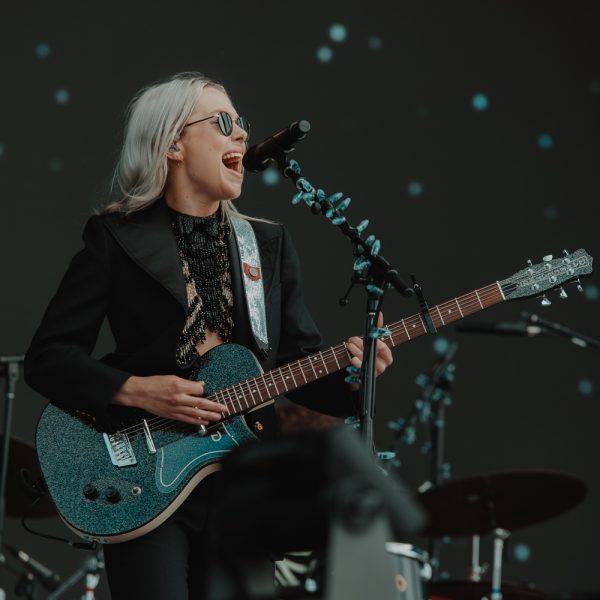 Meanwhile Californian rock and roll band Vista Kicks opened the Great Oak Stage for the day. Phoebe Bridgers, fresh from her performance at Glastonbury the previous night, also took to the Great Oak Stage. The American musician wore a black sequin dress and sunglasses as she performed her songs including Punisher and Garden Song. “It goes without saying that it’s cool to be asked to be a part of this. It’s also cool to be doing something fun” Phoebe told the audience.

The day kicked off on the Hard Rock presents Rainbow Stage with American singer-songwriter Adia Victoria, whose distinct sound of bluesy-rock, punk rock and country warmed up the crowd perfectly. British pop trip Dream Wife – composed of Rakel Mjöll, Alice Go and Bella Podpadec got the crowd jumping to a selection of songs from their self-titled debut album and follow-up record So When You Gonna. Their set followed a sensational performance by 25-year-old Dorset-born folk singer Fenne Lily.

A phenomenal second day of music at this year’s American Express presents BST Hyde Park, with a wonderful tribute to one of British music’s greatest drummers.