Currently No. 2 in the Swiss mainstream album charts, this is only the second album from the Ellis Mano Band, but they’ve been around a while. It transpires they’ve been kept busy as session musicians, as they’re basically the Alpine equivalent of The Wrecking Crew or The Funk Brothers. A four-piece featuring Chris Ellis (Vocals), Edis Mano (Guitar) from whom the band obviously take their name, plus a rhythm section in Severin Graf (Bass) and Nico Looser (Drums). They add additional session players in the form of horn players and keyboards.

They portray themselves as “a sort of rock n’ soul, rooted deep down in the blues” and that’s about right. They’re slick, professional, but far from soulless. While as far as the album title goes, guitarist Mano explained: “We chose the album title Ambedo because it reflects the state of the process of recording an album,” adding that the term refers to “the tendency both to reflect and to absorb. Musicians like us do it all the time, especially when we compose new songs and create a new album.”

Recorded at his own studio, using vintage equipment and though recorded pretty much live there’s a general contemporary tight classy sound throughout. ‘The Horrible Truth’ with its critiques of the world at large, is our introduction to Chris Ellis’ rough-edged vocals sung over a rhythm section that gives a polite but firm nudge throughout while Mano’s guitar melody seems to encapsulate both singular notes and chords (rather than two guitars overdubbed) in a captivating manner. A similarly sweet guitar sound is heard on ‘Sweet Sin’ and I’m really taken with this soulful blues wherein an extra-marital affair is outlined, and while that’s intriguing enough it’s the very vivid picture painted by Ellis’s words as he describes the places and scenes of events and memories of such, that holds this listener.

Emotive love continues with the horn-stacked ‘Ambedo Mind’. This is late night smooching music of the type when soul and R ’n’ B wasn’t auto-tuned and you didn’t even use a computer to do your banking. Having grown accustomed to Ellis’ voice over the last few numbers, to hear him singing in earnest falsetto comes as quite a surprise. Later we’ll get a slow blues number, that would only need a pedal steel to fall into county territory, in ‘Breakfast’, but narrative wise, it could be the before and after to ‘Ambedo Mind’, telling as it does the story of a one-night stand and the awkwardness that follows come the morning after.

Another couple of songs that could couple up alongside each other are ‘Johnny & Susie’ and ‘Long Road’. ‘Johnny & Susie’ opens with drums and guitar evoking a sound not unlike The Police in ambiance though its narrative steers somewhere in between John Mellancamp’s ‘Jack & Diane’ and The Shangri-Las’ ‘Leader Of The Pack’ prior to its car crash. The song speeds up as tension builds, this love on the wrong side of the tracks proving atmospheric with some rather prog rocked keyboards making a subtle appearance. The largely acoustic Americana of ‘Long Road’ might be seen as the Johnny of the earlier number talking in hindsight about the troubles he’s caused.

‘The Fight For Peace’ begins with solo deep voice, bass and guitar entering with offbeats that eventually begin to fall into time so that they accentuate the lyrics. It becomes a more standard blues tune with female backing that eventually has them wailing away as the guitar solos, and being a little reminiscent of Pink Floyd at that point. By contrast, ‘The Question’ starts with a riff that inverts Golden Earring‘s ‘Radar Love’, then shifts gear becoming a heavy hitting bluesy-pulsed number, where not only does guest keyboard player Lachy Doley get to shine but there’s some nimble-fingered flashes from individual band members too. On this, Manos declares new life intentions while overall the emphatic intention is for us to dust the cobwebs off and dance along to the record.

‘Keep It Simple’ was the band’s first single from this album. It offers an early Chris Rea vibe to its soulful blues and is in fact what I expected most of the record would sound like. While there is a certain mature factor to the works as a whole, rather than easy listening, that’s no bad thing. ‘Heart ‘N Mind’ ends Ambedo. It could well be the soulmate to the earlier ‘Sweet Sin’, as if taken from a slightly different emotional approach. Bare, intricate acoustic guitar and piano support the vocals before the unexpected anthemic rush of the full band in electric mode ensues, then just as suddenly fade away as the song ends as it begun, acting in enigmatic coda.

An album of songs. Ones that feel they’re part of a loose-knitted story cycle but don’t need each other to hold their own. 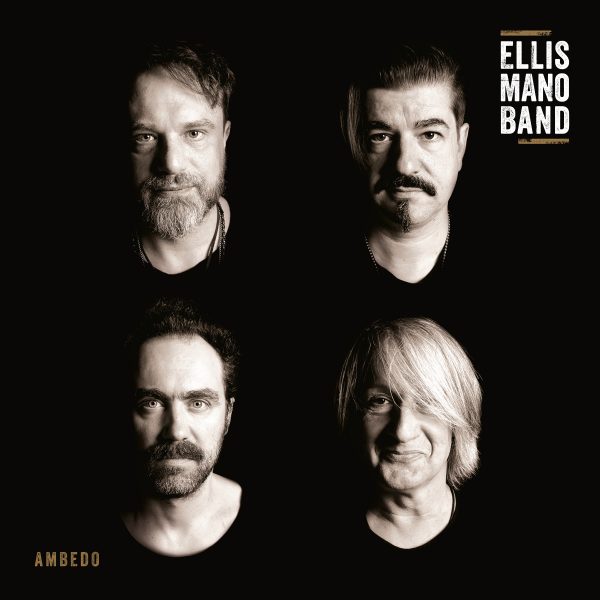