Multi-award-winning, Elles Bailey releases the latest single and video, ‘Riding Out the Storm’, from her eagerly awaited album ‘Shining in the Half Light’, soon due for release on 25th February, 2022.

‘Riding Out the Storm’ continues Elles’ triumphant rollout of her review-wowing, fan-delighting new material, following as it does in the wake of ‘The Game’, ‘Cheats and Liars’ and ‘Sunshine City’ (which premiered on Radio 2, with each becoming the most played track on Planet Rock for several weeks afterwards and getting prominent play on Blues, Roots and Americana Spotify playlists).

“’Riding Out The Storm’ is possibly the most special track to me on this album,” says Elles, “it’s hugely personal, but I truly hope listeners can relate to it.

“It was written with Joe Wilkins, who has been such a huge part of the ‘Elles Bailey’ story and sound, playing a part in how both have evolved over the years. I’m so incredibly grateful for his time and talent, both on stage and in the studio.” 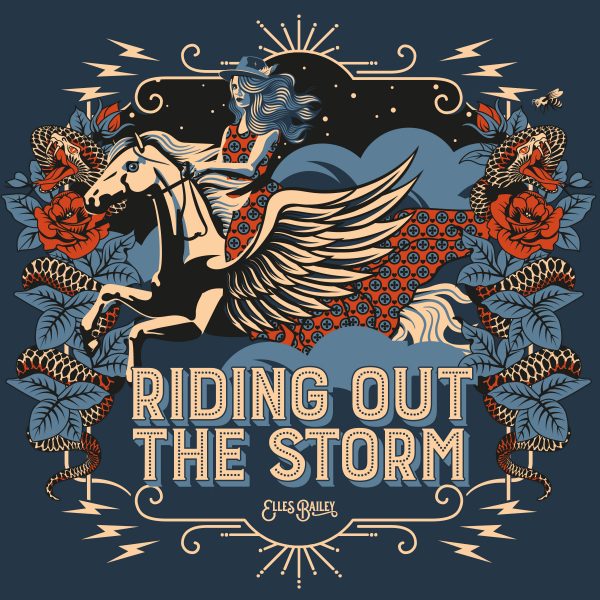 ‘Riding Out the Storm’ is a flowing thoughtful — even philosophical — number, suffused in soulful slide guitar c/o Joe Wilkins and enriched by gospel-inspired backing vocals (which you’ll find woven into much of ‘Shining in the Half Light’ track list, by design).

After recording her sophomore album ‘Road I Call Home’, Elles wanted to her next record to feature ‘gospel style vocals’ so brought in Izo Fitzroy — a remarkable artist in her own right — who arranged the stunning background vocals on ‘Shining in the Half Light’ and performed them alongside Jade Elliot and Andrusilla Mosley.

The video has more than a touch of film noir to it: darkness, shadow and light, rain falling free, or like diamonds onto windshields, vintage automobiles, and an awkward intimate conversation at a table, as Elles sings about riding out the storm, in her strong, distinctive timbre.

‘Riding Out the Storm’ eloquently shows how Elles Bailey transcends genre borders and pigeonholing. She earned early acclaim in UK blues and further afield when she hit the scene running with her hit debut album ‘Wildfire’, and has been acknowledged for her super-smoky voice and extraordinary commitment to live performance and touring. This inspired the title of her second album ‘The Road I Call Home’). Yet Elles is now also admired by fans of Americana, soul, and more and well on her way to wider stardom.

To celebrate the launch of ‘Shining in the Half Light’, Elles will be performing at OMEARA (London) on Tuesday 8th March. 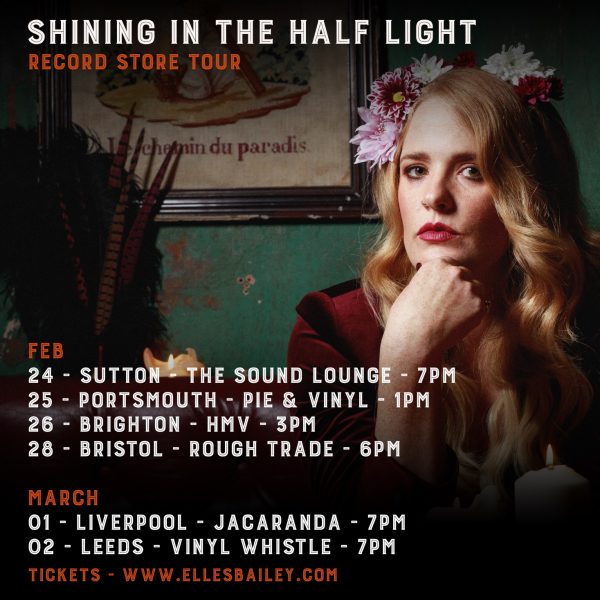 To kick start the tour, there is a very special Record Store Tour launch party at The Sound Lounge / Union Music Store in Sutton on 24th Feb 2022. There will be a Q&A hosted by Paul Sexton, an acoustic live show and a signing / meet and greet.