Not only did Eclipse release a live album and DVD during the lockdown, the excellent Viva La Victouria: Live In Gothenburg, they also wrote and recorded a new studio album, their first since Paradigm in 2019. Wired is the band’s eighth studio release, and there’s been a line-up change since the release of Paradigm, with Victor Crusner replacing Magnus Ulfstedt on bass. Seeing the name of Eric Martesson on an album is a fairly reliable guarantee of quality, especially considering his work with W.E.T., Ammunition and Nordic Union, but you feel that Eclipse is his first love, which tends to give these albums something a little extra.

The opening four tracks are all instantly recognisable Eclipse tracks, great energy and with that innate ear for a hook that seems bred into almost every Scandinavian hard rock musician, but they’re also instantly recognisable as Eric Martensson songs, and as only ‘Run For Cover’ is over four minutes long, it gives the album a sense of urgency. ‘Roses on Your Grave’ sets the tone, with a brief but joyous guitar solo from Magnus Henriksson. The lyrics are interesting, too, as well as the title, there’s a reference to someone dying young, making you wonder if this is about someone in particular. ‘Run for Cover’ has a definite Celtic air about it, which is something Eclipse have included in their sound before.

‘Carved In Stone’ is a much slower song, with an acoustic introduction, building up to a big finish, but an oddly abrupt ending, then ‘Twilight’ takes the pace back up. This has a ‘Whoa-whoa-whoa’ chorus that will undoubtedly go down well live, and a brief musical reference to the ‘Ode to Joy’ (part of Beethoven’s Ninth Symphony or Rainbow’s instrumental ‘Difficult to Cure, as it may be better known in some circles), but it’s not the best track on the album. ‘Poison Inside My Heart is another slower song, which again builds up to a big finish. Eric Martensson’s lyrics for this are quite angry, and there’s a little venom about this one.

‘Bite the Bullet’ is an interesting song and not just because it starts in a way that brings Van Halen’s ‘And The Cradle Will Rock’ to mind. It’s the heaviest song on the album, and it’s another song with that Celtic tinge, not to mention a touch of the epic that works really well. There’s also a guitar part that’s not the usual hard rock guitar solo, and overall it’s an adventurous song, a bit different to a standard Eclipse one. ‘We Come To Lose’ also starts of a little differently, reminiscent of Kiss’ ‘I Love It Loud’, but with that trademark Eclipse sound. ‘Things We Love’ and ‘Dead Inside’ round off the album, leaving things on a high note.

The album is available in various formats, CD, crystal vinyl, transparent red vinyl, although the latter is only available from the Frontiers shop, as is the cassette version. As usual, Eclipse have turned out a fine album, full of excellent songs, and, while it’s so obviously an Eclipse album, a couple of tracks, such as ‘Bite The Bullet’ and ‘We Didn’t Come To Lose’ show that the band are quite capable of trying something a little different without lowering the overall quality. It’s still as good as ever, but it also has a little freshness, so that it’s not just another good Eclipse album. Still a great band, still giving us a very good album. 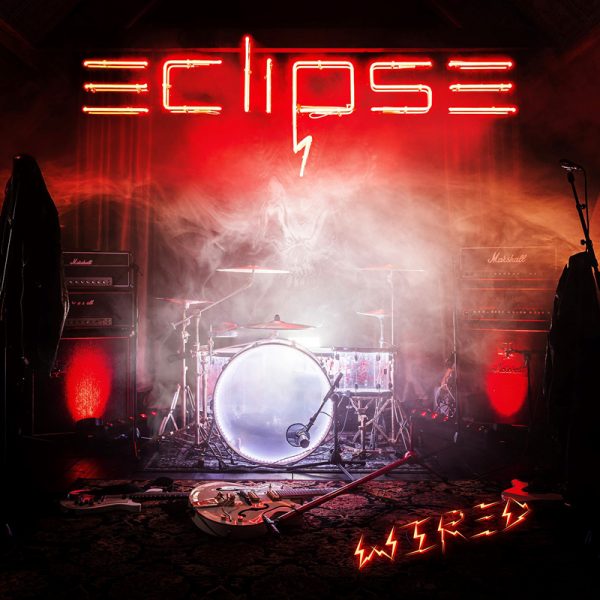