The second live package from Frontiers Records this November comes from the excellent Eclipse, one of the almost unending stream of quality melodic rock bands to have emerged from Scandanavia over the last few years. Unlike the live disc accompanying the Jeff Scott Soto album, though, this wasn’t recorded at the Frontiers Rock Festival in Milan, but in the band’s native Sweden, at the end of their ‘Paradigm’ tour in December 2019. The album is initially available in three formats, a 2CD/DVD package, a Blu-Ray and there will also be a 3-LP version, available in red, white and blue vinyl. The title, incidentally, is a pun on the opening track of the ‘Paradigm’ album, ‘Viva La Victoria’, at least they tried something different to just plain ‘Eclipse Live’.

As well as having released some excellent studio albums, Eclipse can be a pretty fine live band too, and as this is their first live release in their six-album career, fingers were crossed that this release would do the band justice, and I think the verdict will be that they’ve made a pretty good job of it. As it’s the record of a tour in support of an album, it’s logical that songs from that album feature heavily, and ‘Paradigm’ does take up most of the first part of the show, but there are also tracks from the ‘Armageddonize’ and ‘Monumentum’ albums, including tremendous versions of ‘The Storm’ and ‘Vertigo’. There’s an extended version of ‘When the Winter Ends’, with a guitar solo and some crowd participation, and ‘Battlegrounds’ has a touch of the epic to round off the first disc.

The second disc opens in fine fashion with the terrific ‘Black Rain’, and this second part of the set has more of a ‘we’ve plugged the album, now let’s rock’ feel about it, before the live part of the album ends with ‘Never Look Back’, and the crowd singing over a fadeout of ‘Battlegrounds’. I don’t know if it’s been edited out of the recording, but there’s not a lot of between song chat, on the other hand, unlike a lot of Frontiers live albums, particularly the ones recorded at the Festivals, the crowd are quite well up in the mix, giving the album a really good atmosphere, to go along with some fine music.

In addition to the concert recording, there are several bonus tracks, including a brand new studio track, a cover of Lisa Miskovsky’s ‘Driving One of Your Cars, which the band put their own stamp on, although perhaps it doesn’t quite have the oomph, to use the technical term, of one of the band’s own songs. There are also a couple of acoustic versions, which are fine, without quite living up to the original versions, before a genuinely nice surprise, some tracks recorded in what the band call ‘The Live from the Quarantine Sessions’, recorded in April this year, as the world went into various versions of lockdown. I don’t know if the band were letting out their frustrations, but, after a terse ‘Alright, let’s do this’, they absolutely tear into ‘Battlegrounds’, the performance of ‘Driving One of Your Cars’ also has a lot more urgency than the original studio version, and ‘Delirious’ is a terrific way to end the album. For those who prefer their music in vinyl form, there are also another two tracks from these sessions, ‘Hurt’ and ‘Mary Leigh’.

Overall, this is a very good portrait of a fine band, the concert recording is excellent, the bonus material is well worth having, and although the Blu-ray and DVD weren’t available for review, the preview video available on Youtube looks as if it will more than live up to the quality of the rest of the package. Not only a great buy for fans of Eclipse, but an excellent introduction to the band. 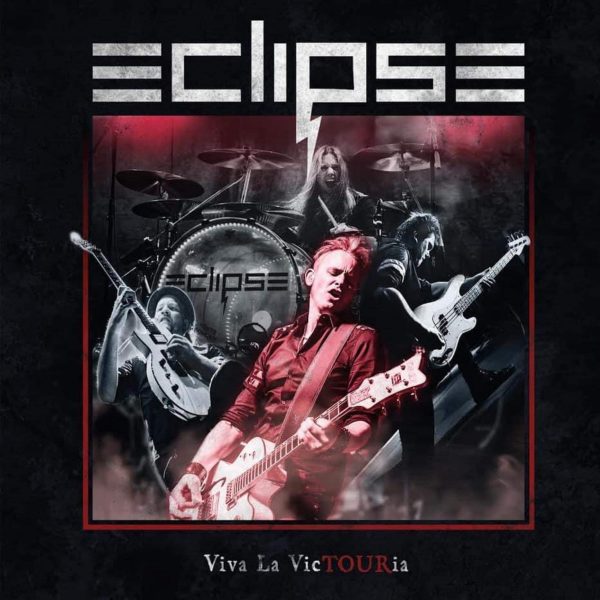