Hot on the heels of their new video “The Alien“, celebrating the launch of their 15th studio album A View From The Top Of The World, two-time GRAMMY-nominated and millions-selling progressive music titans Dream Theater have revealed further touring plans, intending to traverse Europe in spring 2022, following their autumn/winter US trek. Special guests are yet to be announced.
The UK leg includes three arena shows in April 2022, in Belfast, Newcastle, and London. Tickets go on general sale on Friday, 3rd September from all good box offices and online here. A number of pre-sales will kick off before that, including with SeeTickets, Ticketmaster, Gigantic, AXS, and Planet Rock. 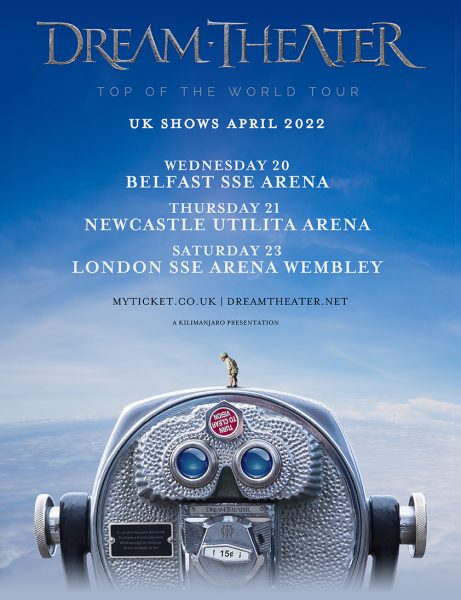 More information on all dates, tickets for all upcoming shows, as well as VIP packages can be found at www.dreamtheater.net.