Professional right hand man and inveterate jammer Doyle Bramhall II graces us with ‘Shades’, his 5th solo album and his first since 2016’s ‘Rich Man’. You may not have heard of him but you will have heard him, he’s played with the likes of Gregg Allman, Elton John, Roger Waters and, for at least a decade now, he’s been Eric Clapton’s rhythm guitar foil. He’s a go to guy for the cream of the crop.

So, you’d expect slick and classy and that’s exactly what you get. A cursory listen to the above video let’s you know what to expect. It’s smooth, soulful, mature and features his guv’nor who supplies suitably low key, airbrushed fills. Nice.

The initial brace of songs are constructed around the drums. A cool beat is established while Doyle adds tasteful colour. Solos are fluid and interesting, he’s not EC’s back up for nothing. We then slide smoothly into a pair of extremely subtle slow jams (as I believe these things are called) – it’s blue-eyed soul, keys and strings add character and a duet with Norah Jones is as chilled as you’d expect, their voices weave well before DBII launches into a brief instrumental coda. This is rapidly becoming an ‘armchair and a glass of whisky’ album.

But lo! The Greyhounds join the fray and we have rock! Guitars! Tempo! ‘Live Forever’ has more bite, it’s still kinda smooth but there are Hendrixy moments and a feedback solo. We’re then back into the soul and, as classily executed as it is, it begins to drag a little. Too many songs have gone by at the same gauze wrapped, sleepy, sedentary pace. You find yourself becoming excited by the whistling in ‘The Night’…whistling, dude.

But wait, things begin to get interesting again in the final stretch. ‘Parvanah’ is a strange, interesting creature – it’s bluesier, moodier, it sounds a little like Jeff Buckley, which is never a bad thing. It then takes a sharp left turn and becomes a ‘Kashmir’ style epic. ‘Consciousness’ is a potted history of The Beatles – electric guitars bubble up amongst the horns and Ringo drum fills, it even has a Paul singalong bit and a mystical George moment, “this moment is all there is”…man.

To finish, DB is joined by the Tedeschi Trucks Band…all of them. This bluesy/country ballad is huge, Susan takes the backing vocals while Derek weighs in with a customary superlative slide solo and from there into the big finish, voices, guitars, a huge horn section, all there and all wailing. Wow.

So, a good album. It was never going to be anything other than immaculate instrumentally. Production is slick and songwriting is strong. Bramhall has nothing to prove and maybe that’s the albums flaw. It’s too safe, a tad smug, too beautiful. There are no scars, no ugly spots, its wrapped in gossamer and always showing it’s most beautiful profile. Thank heaven for the curveballs, they are what makes this album. This review was brought to you by the words ‘nice’ and ‘interesting’. 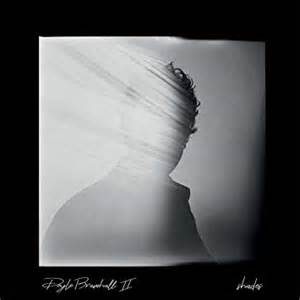