Oozing class and swagger and style and kicks like a mule…

Released by the band on 27 May 2016 while Allan Jones poured another bourbon, sat on the porch, and grooved out to it…

Ah, good ol’ southern rock: grooves galore, a distinct lack of pretention, and a desire to chill out with a decent bourbon and some good company. Which makes it all the more surprising to find that this five piece band hails from the Midlands. It’s all the more irritating that this is their second album, which means I’ve missed out on their debut. But, on the other hand, I suppose it also means I don’t have to wait to hear another album’s worth of music by these guys. And I really, really want to hear more from these guys right away too.

This album kicks like a mule, laden with groove after groove after thumping groove with more riffs hitting you over the head than you’d get if you shook a tree full of riffs while you were standing underneath it. Even better, they’re not a one-trick pony, either. Tracks like ‘Driftwood’ and ‘All That I Have’ show that they can do the softer, acoustic side of things, and still write really, really good songs. While overall there’s a southern rock flavour to proceedings, they don’t stick slavishly to the genre.

Songs like ‘Suffer More’ and ‘Wait Until Tomorrow’ wouldn’t sound out of place on an Alter Bridge album, whereas Black Stone Cherry would be inordinately proud of the likes of the first single release ‘Fallback’, and if ‘I’ve Been Found’ doesn’t have you stomping your feet like some of the best Clutch tracks you’ve heard, I’d be surprised. I have to give bonus points for the glorious cowbell in ‘Bring You Pain’ too – plus ‘Blues For A Phantom Limb’ might just be the track title of the year, while also reminding me of some of my favourite tracks by The Union to boot. It’s like a smorgasbord of the best of the classic rock genre, all filtered through Doomsday Outlaw’s own sensibilities to produce something that’s at once familiar but still distinctive.

It really is an absolute pleasure to listen to this album. It just oozes class and swagger and style. Everything just works and flows together smoothly. Bluesy guitar riffs abound, vocals strut over the top, and the rhythm section holds everything together with aplomb. It’s right up there with the best I’ve heard so far this year and should be on your playlist right now. 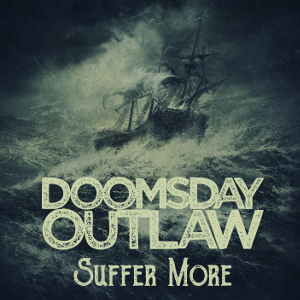