Northern born and Manchester based Dom Major plays with an Americana tinged sound, cradling somewhere between War On Drugs and Father John Misty. His latest single “Drive Slow” sits subtly between indie and folk rock, with a glimmer of belonging to an 80’s guitar ballad, full of clean drive, an infectious chorus and a charming lo-ﬁ vocal. “Drive Slow” tells the struggle of feeling insigniﬁcant in a word relentlessly changing.

To support the release Dom play’s Oporto in Leeds on July 29th, Gullivers in Manchester on August 31st with Harrison Whiteford and Utrecht and Amsterdam on 19th and 20th September with label mate Charlotte Carpenter. Dom has been circulating his way around the Manchester music scene, crafting his work opening up for Phoebe Bridgers, Chasity Brown and Bryde, including shows at Dot To Dot in May 2019. This is Dom’s second release with artist led community Babywoman Records. 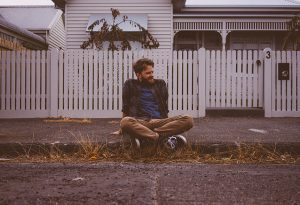 Midlands Rocks checked out “Drive Slow” and discovered it to be a refreshing slice of contemporary Americana; a gentle, back to basics tune with a catchy refrain and laid back production full of sun-soaked chords and a regretful lyric. As a vocalist Major is heartfelt, wistful and sincere, think of Tom Petty during the 80’s, and a run through his Soundcloud playlist finds an artist with much to embrace.

“Drive Slow” is streaming now, check it out here:-