Norwegian dark destroyers Djevel may not be quite as recognizable a name as the likes of their fellow countrymen Darkthrone, Gorgoroth and Mayhem but this trio have nevertheless made their mark with five albums released since their debut Dødssanger in 2011.

Ormer Til Armer, Maane Til Hode makes it six of the best. Anyone familiar with this corrosive crew will not be surprised to learn that what ensues is a typically frozen blast of traditional old school Norwegian black metal. As raw as you like, there’s a terrific atmosphere circulating across these eight songs. The stirring opening title track features the kind of hook you need if going deep sea fishing and while memorably chaotic there’s a lusty melody at work here too.

Djevel’s songwriter Ciekals – along with Mannevond (Koldbrann) and the irascible drummer Faust (ex-Emperor, Blood Tsunami) – continue their blackened battery charge on ‘Et Menniskes Hele Korpus og Legeme,’ although here the rhythmic surges are at least in part tempered initially by a more restrained riff. It doesn’t take long for the speedier demons to return of course, Ciekals snarling his way across a brutalised bank of sharpened string surges.

‘Den Gang Jeg Banket Paa Helvedes Tunge Doer’ is a colossal composition that stretches out to almost 10 minutes and flicks between extended instrumental passages through to the volcanic licking parts where Djevel go all out for the jugular. They have an innate ability to pluck a rasping riff out the air, such as on ‘Dreb Dem Alle, herren Vil Gjenkjenne Sine,’ keeping the album open and engaging throughout. Old school doesn’t have to mean repetitive and Djevel display more than enough from their armory to show that they’re as much creators as imitators, Ciekals though happily conjuring up images of his Norsk forefathers with a few blood-curdling cries when the mood takes him.  Ciekals was looking to up the aggression ante with this release and he’s certainly achieved that with a voice box that could grate a block of cheese, although even at their most primal, such as on ‘Ved Hildr’s Haand For Hel,’ Djevel never sacrifice melody for speed alone.

Norwegian artist Danny Larsen puts the seal on things with some suitably austere and atmospheric artwork, ensuring that Ormer Til Armer, Maane Til Hode is as true to the aesthetic traditions of Norwegian cvlt Black Metal along with the aural assault.

Ormer Til Armer, Maane Til Hode was released on October 18 via Aftermath Music. 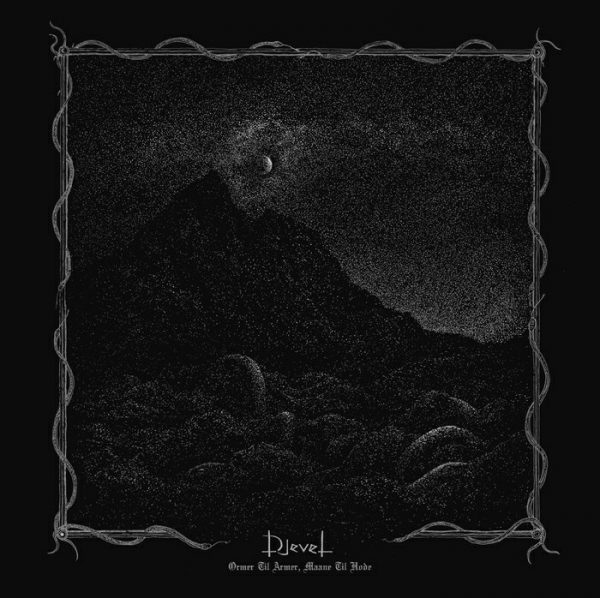