I got an e-mail from the BBC the other day.  It wasn’t them finally offering me my own series (wake up BBC!) but to ask me a bunch of questions about the quality of their services in comparison to others.  I was firm but fair, but for the most part my answers were loaded in favour of BBC 6 Music.  This was probably because that afternoon when on a typically bland mid-morning drive, Mary Anne Hobbs played “Denial” by Divide and Dissolve.  When I arrived at my destination, I sat in the car and waited for it to finish while desperately snatching at my phone to get Shazam set up before the track disappeared.  The BBC is worth the fee if it means I get to hear this sort of stuff when on my way to pick up the shopping.

Divide and Dissolve are an experimental drone duo made up of Takiaya Reed and Sylvie Nehill who, apart from making incredibly powerful music, also “continue towards Decolonisation and destruction of white supremacy through [their] music”.  As part of the problem myself, I wholly support this endeavour.  While the press release gives little away concerning the thematic content of the album, one can probably guess at it from the title Gas Lit and names like “Did You Have Something To Do With It” and “Denial”.  Certainly, if any sound acted as a replacement for having someone take control of your very being, the pulverising hammer blows of guitars and drums here capture it perfectly.  It’s the second aural assault I’ve experienced this month (following The Body’s recent effort), and I’m all the better for it.

This album did change with repeated listens.  The first time I listened through I heard it as a single piece, broken up into movements, hardly paying attention to where one song started and another ended. It was symphonic in the sense of Henryk Gorecki rather than Nightwish, which is obviously the better option. I was also amazed by the brevity of it, clocking in at under 35 minutes, since it harks towards the most recent albums by Swans, or even Sleep, OM, and Sunn O))). I expected that to be the length of one song.

However, the second listen involved me deliberately picking out the individual tracks as they occurred and suddenly it was more repetitious: a series of nearly identical saxophone swirls a la Colin Stetson, followed by the aforementioned Swans style pounding.  It was less satisfying that time around, so I went back to listening to it as a single piece and then it was brilliant again.  I felt like I had “got it”. The only thing which didn’t sit well with me (and this is a personal dislike I have, which I raise only in case others feel the same) was the spoken word track in the middle of the album.  Stopping an album to allow someone to ramble the on-the-nose “this-is-what-the-album-is-about” spiel just breaks up the flow.  If done badly, it just reeks of Rik the Poet.  This specific instance wasn’t painful but if you’re like me then this will be the only down point on an otherwise brilliant album.

I thank Mary Anne Hobbs, otherwise I may have missed this band.  I often get the fear of missing out even when I haven’t done so.  I wonder whether I would have even heard a band if I hadn’t met that friend, gone to that gig or switched on the TV at that time.  Divide and Dissolve are now a part of my life, and I can only hope that this review pushes them further into the public eye and help them continue their mission.  Even if it doesn’t, you still need to buy a copy. 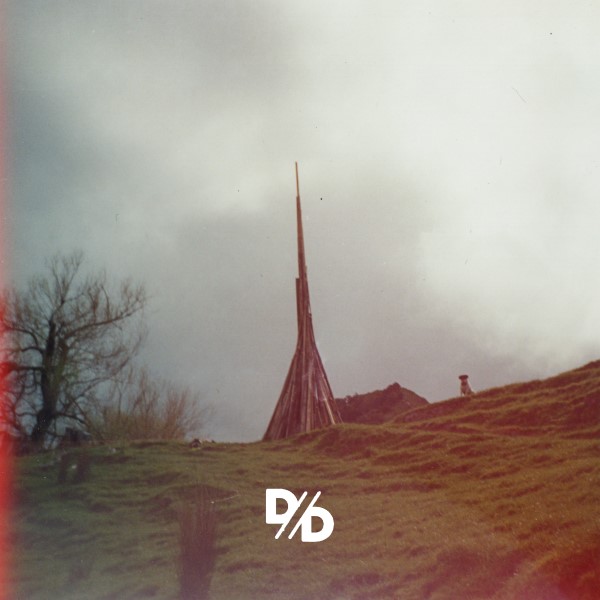