Make yourself a cuppa. Pull up a chair, get comfy…this could take a while. There is going to be no way to review this album in a brief, concise manner. Soundbites won’t work – fuck knows what will. This is an album that requires an entirely new vocabulary of words and adjectives to explain quite how BIG it is. It’s huge, immense, mammoth, gargantuan…oh arse, I’ve used a lot of them already. I digress, let’s get down to brass tacks.

Actually, just check out the above video to ‘Genesis’. Turn it up to a painful volume, make sure anyone in your immediate vicinity hears it and see how many of those unfamiliar with Devin Townsend turn slowly around and say something along the lines of “what the actual fuck?”. Paragraphs were going to be written about this but none of it would have been adequate to describe what you’re hearing. Orchestras, heavenly choirs, dolphins, seagulls, waves, retro games consoles, electronica, huge fucking barrelling riffs, circuses, ludicrously, insanely fast drums, blastbeats, prog, pop, thrash – it’s all here. In one song. At the same fucking time. Blimey.

And that’s what this album is, except when it’s not. Rules and logic don’t apply here, genres and time and space and sound and conventions bend to DT’s will, this album exists in its own universe, it has its own gravity, atmosphere, ecosystem. By now you’ve probably guessed that ‘Empath’ is no stripped back exercise in acoustic minimalism. This is ground zero for DT. He’s slowly but surely been scrabbling, gaining control of his own work and destiny and this feels like his Apocalypse Now…he’s his own Colonel Kurtz. He’s reached his own heart of darkness and found light in there. A bright, shining light of love, of hope.

Townsend has burnt his bridges, scorched the earth, only interested in moving forward. You get the feeling that whatever he does next (how, oh how, does he follow this?) will be described as ‘post Empath’. He’s disbanded the Devin Townsend Project – eliminating anything that could constrict his vision, limit him. All parameters and boundaries have been blowtorched. He’s shrugging off any fear of what’s expected of him, allowing nothing or nobody to define him and creating absolutely whatever the bejesus he hears in his mind, and achieving it in any way possible.

To this end he has recruited an enormous team of artists. Musicians as diverse as The Elektra Women’s Choir, Chad Kroeger and Steve Vai. Three separate drummers to handle different musical styles and an array of engineers to record the myriad of different styles contained within. And then a painstaking production process to give it all cohesion, to make sure it all sounds like…well, ‘Empath’. For the final processes they decamped to a cabin in the woods – echoes of ‘getting it together in the country, man’ and the mind jangling insanity of The Evil Dead jostle for position. Both apply.

So, erm, the songs. The prevailing sound is akin to ‘Genesis’ (and how apt a title is that?). And that sound is, well, everything. It encompasses every style and genre that Townsend has tackled, although the closest general comparison would be his previous album, ‘Transcendence’. However, there are diversions. ‘Why?’ sounds like it’s in a Broadway musical or Disney movie, animated birds twitter around DT as he displays his almost operatic vocal prowess. It’s interesting and clever but metalheads may not give it a second listen. ‘Sprite’ too, is a curveball (if such things apply on ‘Empath’). Beginning with a spoken word fable about a “sad bird”, it becomes increasingly proggy and ends, I swear, with Gollum muttering in the background. Unusual, to say the least, in any other context, but not here. Not on Planet Devin. ‘Requiem’ is a hymn…to what, I’m not quite sure but its message is positive. It builds to a huge (there’s that word again), John Williams in his Spielbergian prime orchestral finale.

But everywhere else it’s the enormo Townsend patented choral-orchestral-metal-ambient-classical-electro mashup. It’s an exercise in extreme heaviosity, the sound of every musician on Earth thundering toward a distant finish line, orchestras, choirs and hairy technical rock monsters fighting for dominance, externalising Townsend’s internal battles. It’s the sound of multiple songs fighting to the death in a bag (admittedly, it would have to be a big bag) – there are songs within songs – Brontosaurus riffs that spiral into a soundtrack ether. Nightwish proggery and furious speed metal. Is that a banjo in there? A saxophone? The ambient sections also really work – they’re much needed and genuinely relaxing, giving you time to catch your breath before the next onslaught. It’s all so over the top that it wraps around itself and begins to go over the top all over again. OTT squared!

And then we have ‘Singularity’. A 24 minute suite of 6 movements. Manna from heaven for prog heads. It’s the album in microcosm…albeit a fairly long microcosm. It’s all here (again), Pink Floydian chill out, hushed choirs, more ambience. And then it builds slowly, briefly becoming sinister before an almost industrial riff kicks in and then we’re off, into the albums heaviest segment. We head into a vicious speed metal moment to rival prime Slayer before it really goes into warp speed for a full metal meltdown, thrilling and bludgeoning at the same time. A ponderous crush-all-before-it mega riff heralds a moment as heavy as DT has ever been, probably more so, outstripping Strapping Young Lad with ease before it relaxes and heads into a vista of Jazz noodling, sampled soundbites (about the perils of AI and ‘killer robots’) and Zappa-isms. Then more skyscraping riffs and a succession of mix ups – DT and choir, DT and orchestra and then unto a suitably…erm, big finish.

Phew. You are left drained, exhausted, pummelled into a small puddle of goo. It’s utterly overwhelming, especially when taken in one sitting. It may well be too much to take in in one go, one or two songs at a time may work better, but is that how it is intended to be listened to? Who knows. At times it is too much, you zone out, half listening, unable to digest even one more wafer thin mint of this all-encompassing sound. But for sheer balls out, unrestrained, last album on Earth chutzpah this has to be heard! Townsend has put everything on the line with this, given it everything he has. Is it a work of genius? It is, I think, too soon to tell. This needs time, space, distance to look back and reassess. It’s that kind of album.

It is, however, unfailingly positive. Townsend is good people and a single listen to any individual song will tell you that. Belief in the world, joy, creativity. Empathy…an album about understanding, acceptance and loving mankind in these times of prejudice of division is nothing short of radical. It takes chances at every twist and turn and, again, that’s a wonderful thing. Thank God (or whomever…or whatever) things like this are still being created in 2019. Quite where DT will go from here is anyone’s guess but you need to hear this. A masterpiece or a work of unchecked, arrogant folly? It’s up to you to decide.

Released on 29 March 2019 by InsideOut Music 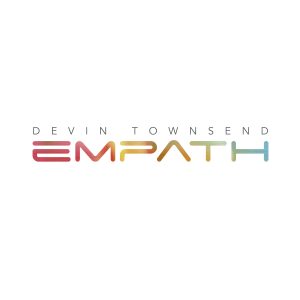