Hard rock with a soft centre…

Does the video for the first single, ‘Hollywood Girl’ tell you everything? No, it doesn’t. Yes, it’s an amusing MTV Eighties’ parody, with numerous scantily clad women bumpin’ n’ grindin’ with the band onstage. But it’s not Steel Panther-like parody, where the depths of vulgarity and bad taste get plumbed, in a vain attempt to disguise the fact they’ve run out of decent songs. What it tells you is that DT are the same band they were on the debut. A reassurance to all who were taken with the band’s tongue in cheek, macho man posturing, while churning out heavy rock in the style of Whitesnake, Motley Crue and bluesier outfits like Tesla and Badlands.

To celebrate the monolithic nature of hard rock you need heavy machinery. And with component parts taken from Evergrey, Saxon and Masterplan, understandably, there are no shortages of thundering rhythms and thick cut riffs on here, all armour clad and oiled up. ‘Down On You’ and ‘Rock Forever’ probably do it best. Lyrically unimportant, thus the clichés. Just a surrender to texture, fine musicianship and an expert grasp of the genre.

Of course, it’s de rigeur for any heavy rock band to show the occasional chink of vulnerability. Hard rock with a soft centre, if you will. Here, ‘Mrs Jones’ is the one. Framed in bluesy acoustic string bending, before electric guitars crank up into big riff action, it has the audacity to mention the mighty Mississippi in the lyrics, just in case you were dumb enough not to read the musical cues. It doesn’t stray from the formula one little bit, but in its own charming, disingenuous way, it works a treat. Elsewhere, ‘Girl Like You’ and ‘Suffocated’ borrow heavily from the eighties’ LA Rock scene, before the makeup emasculated the music. And despite the derivation, this just might be the direction of travel most worth following for this band.

The leather clad biker’s anthem, ‘Born To Be Wild’ gets covered. I mean, it’s only been covered a zillion times… Slayer, INXS, The Cult, Krokus, and… er, Kim Wilde to name but five. And maybe that’s their point, emphasised by the second cover, a brilliant version of LZ’s ‘Immigrant Song’. Covering such well covered songs is either the last desperate grasp of a drowning man, or it’s dramatic irony writ large. It might remind you of Spinal Tap’s previous name. The New Originals. It might not. 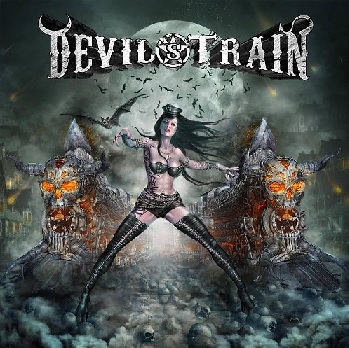