If you’re in the mood for some heavy riffage then take time out to get acquainted with Omens, the new long player from Desert Storm. Once past the softly spoken intro, this quickly develops into a full on sludge assault with cascading grooves that come heavy and thick in the manner of a Crowbar or a Conan.

The band’s last album Sentinels really helped shift things forward a few degrees for Desert Storm, who were subsequently invited to spend time on the road with the likes of Boss Keloid and Corrosion of Conformity.  Omens is their fifth album and it finds them in good heart, none more so than the gravelly vocalist Matt Ryan.

Once the slightly sinister and shuffling intro ends we get down to the main feast as the first shuddering kicks land on the snarling ‘Black Bile,’ with its jagged-edge riffage making for an uncomfortable early ride with Ryan barking out orders in the manner of a parade ground sergeant. The tempo is controlled, the rhythm understated, but the overall impact is to haul you in gradually rather than floor you with one lucky blow.

On ‘Vengeful Gods’ the sludge quintet start to inject a bit more swagger, hips rolling as they begin to settle into their rhythmic pattern. Guitarist Chris White also adds his vocals into the mix making for climactic harmonies with Ryan, White’s higher pitches working in tandem with Ryan’s threadbare texture. By the end of the song there’s a dominant chug in place that threatens to take the ground from under your feet.

The longest piece at just over six minutes is ‘Pain, Grief and Suffering’ which features a number of time changes, slowing things down to a more sedate pace. There’s a window through which they indulge in some screaming prog patterns before the heavy blows return, momentum steadily builds and Desert Storm start to unload their own shots of sludge straight into your veins.

There’s a change of tone on ‘The Path of No Resistance,’ the transcendental intro almost taking on a spiritual feel as Ryan is finally reduced to a whisper over an ethereal backdrop. When the grooves kick in, the tone is a shade or two lighter than before while the guitar duals lead to some dynamic string sorcery.

There’s a cloak of darkness wrapped around ‘The Machine’ while the snappy ‘Lockjaw’ sees the Oxford outfit up the pace once more. Only the closing ‘Rebirth’ catches you unawares, a gently schmoozing lullaby of a song, but then having ridden the Storm of what has gone before some form of respite is probably a welcome way to bring the curtain down on an album that keeps you enraptured from start to finish. 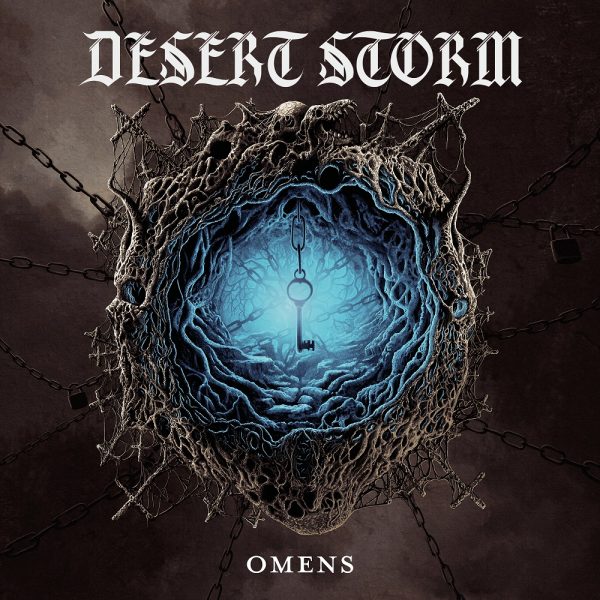