No bullshit, no filler and attitude ramped up to maximum…

On first listen I thought this was another side project of Toxic Holocaust’s Joel Grind (turns out he mastered it), but apparently Chile’s Demona has been making speed metal since 2007. Shame be upon me for not being aware of Demona until now because this speed metal one-woman project is pretty damned good. With thrash and speed riffs delivered at the speed of metal-with-a-capital-666 and an old school production, guitarist/vocalist Tanza calls on Desaster drummer Tormentor and Midnight live guitarist Commander Vanik to give us a serious case of whiplash. With no bullshit, no filler and attitude ramped up to maximum, two tracks aren’t enough. Methinks it’s time to go check out her other releases while we await the upcoming album… 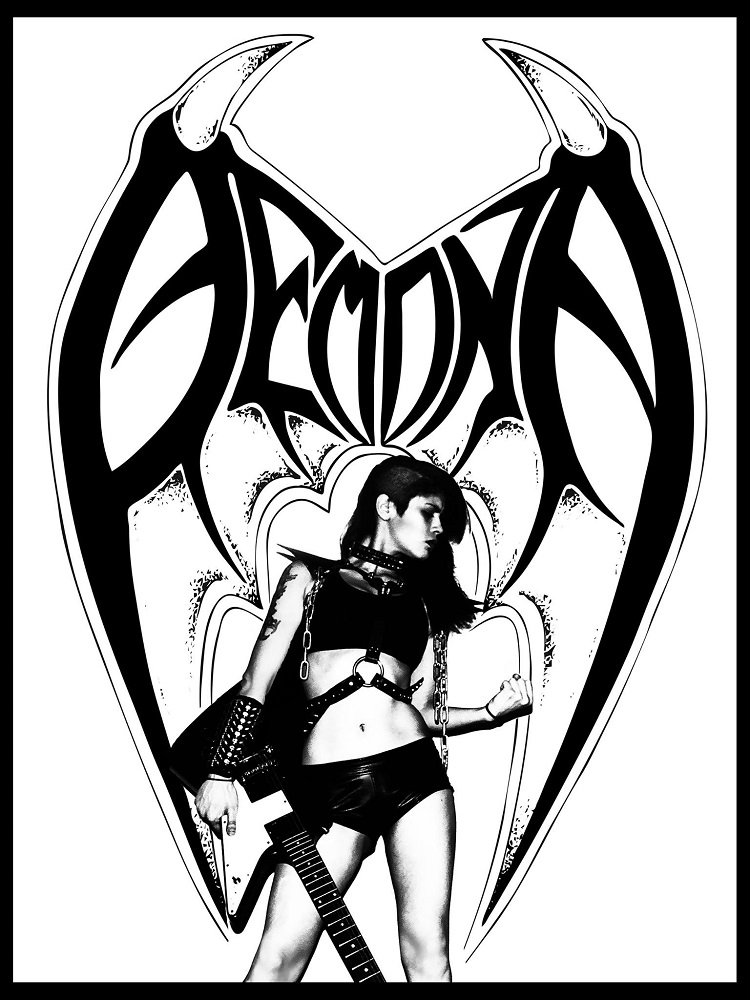