Culminating at Glasgow’s iconic Barrowland, the tour also includes a substantial run of dates in Scotland, the delayed free show for NHS workers and a major London show at the Palladium.

“It’s been nearly 20 years since we toured with a new album, lord knows what took us so long. The prospect of sprinkling our set with a few choices from Fatal Mistakes fills us with the sort of excitement that, for some men of our age, might call for light medication. We think the adrenaline will see us through.” – Justin Currie.

Support comes from The Byson Family.

The full list of remaining dates is as follows: 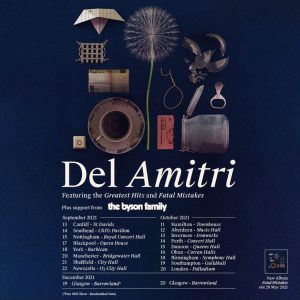