“One of the most violent bands on the planet”, Deiphago must have season tickets – ring-side seats, no doubt – to Hell’s punishment of the shepherd’s devout flock. Like 2012’s Satan Alpha Omega (reviewed here), Into the Eye of Satan is layer upon layer of miasmic filth and primitive wrath manifest in an unending and ruthless torrent of raw riffs swathed in distortion and caked in feedback that are smashed to bits by vehemently clobbered drums and clattering and shattering cymbals while some abominable beast, rancorously dragged away from feasting upon the still-twitching cadaver of its latest victim, bawls and bellows its discontent. Other than the eighty-five-second atmospheric opener ‘Intro: Obliteration’, to the unsuspecting, the untrained (whatever that may be) or the impatient ear, Deiphago’s cacophonous, chaotic and discordant sonic ejaculate must be utterly meaningless.

But that “lack of control” is what makes Deiphago’s uncompromising and unrefined aesthetic worth every ounce of the salt that it pours into the very wounds that it inflicts. No track can be called a “song” because no track follows a predictable path. There are riffs that are repeated, yes, but they never seem to land where you’d think. The guitar-work shifts erratically across the spectrum between music, sound and sonic assault; the bass thunders in the low end either rhythmically nailed into a perverted groove or demolishing it altogether; the drums would be close enough to jazz were they not so furious; and the vocal noise – even if there are lyrics, it doesn’t really matter – becomes another instrument, another device in demonic destruction.

There’ll be those who dismiss this as another release from a band that it’s “cool” to like because they are purposely abstruse, deliberately impenetrable, and as shit on their instruments as Venom ever were. Well, whatever. Horde after horde of black and death bands are churning out by-the-numbers material, calling it “old school” and then brandishing their “devotion” to the perpetually evasive essence of “trve” metal as feeble compensation for their glaringly obvious lack of musical, instrumental and creative ability. Not here. Somewhere between music and noise and more avant-garde than metal, skilfully produced by Colin Martson (Gorguts), the defiant chaos of Into the Eye of Satan is, at every turn, utterly abhorrent. Magnificent. 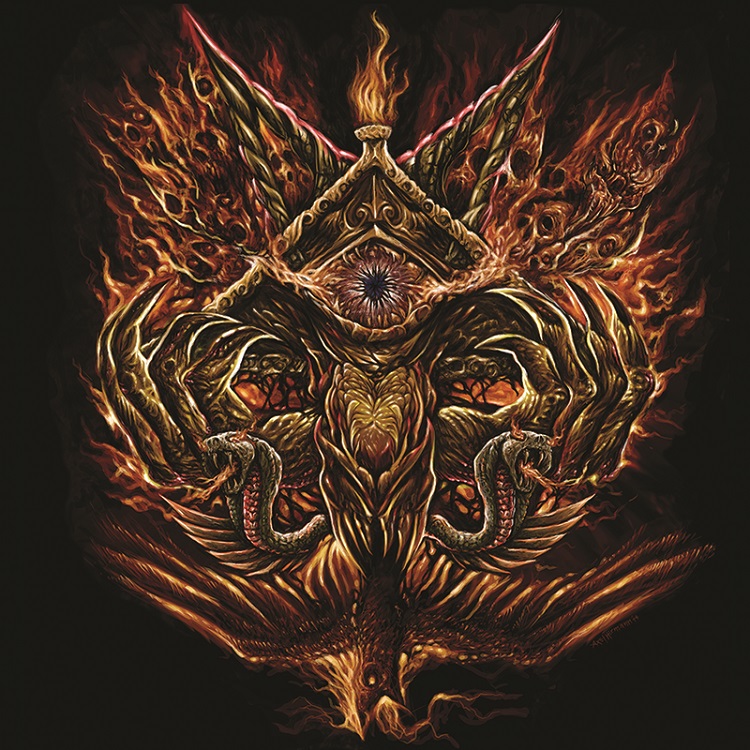