The critically acclaimed release is already being lauded as one of the bands finest albums. The three singles taken from the album so far – “Kick”, “Take What You Want” and “Fire It Up” have been highly celebrated by critics and fans alike. 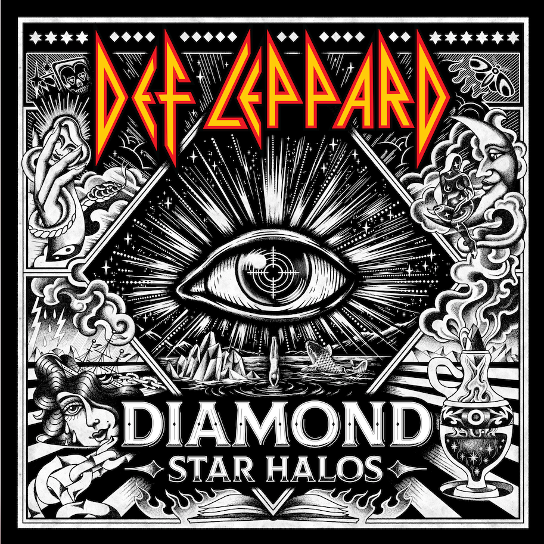 Check out the full tracklisting below.

The artwork for Diamond Star Halos is art in itself. The design follows pedigree with their instantly recognizable album covers from their celebrated past. With images by world renowned photographer and director Anton Corbijn, styling concepts by Maryam Malakpour and graphics by the UK based Munden Brothers, the design truly follows the band’s influence through their eyes today.

Following the album’s release, Def Leppard will co-headline the massive 36 city The Stadium Tour with Mötley Crüe joined by special guests Poison and Joan Jett and opener Classless Act. The tour is set to be one of the biggest USA tours in 2022 having already sold over 1.3m tickets