In 1971 Deep Purple were in Montreux rehearsing tracks for what would become the Machine Head album. While there a fire broke out during a Frank Zappa concert at the Casino Theatre and the rest, as they say, is history. ‘Smoke On Water’ the song written by Deep Purple about that night has gone on to become an all time rock classic and both they and the Montreux Jazz Festival which was celebrating its 45th anniversary in 2011 have gone on to greater things. Purple have played the festival on a number of occasions and this recording is from the 2011 appearance where not for the first time and despite Jon Lord leaving the band in 2002 (Jon loved a bit of classical) the band dabbled with orchestration. Don’t get me wrong this is no Concerto For Group And Orchestra or even Metallica’s S&M with its complete re-appraisal of the songs but what we get here is the Frankfurt New Philharmonic Orchestra conducted by Stephen Bentley-Klein adding dramatic flourishes to straight ahead versions of some of the bands best known tunes in front of a capacity, multi-generational audience.

Opening with the orchestra’s ‘Deep Purple Overture’ which with all its swing is as close to “Jazz” as the evening gets before the band join in for the epic ‘Highway Star’ and ‘Hard Loving Man’ which both sound triumphant with the contribution made by the orchestra and also finds Steve Morse stamping his authority all over them right from the outset. ‘Highway Star’ is just the first of an unsurprisingly Machine Head heavy set which also includes ‘Maybe I’m A Leo’, ‘Lazy’, ‘Space Truckin”, ‘Smoke On Water’ (obviously!) as well as the ‘Never Before’ single B-Side, ‘When A Blind Man Cries’ which came from the same recording session. The orchestra sits back on some tunes such as the afore mentioned ‘Maybe I’m A Leo’ and ‘Strange Kind Of Woman’ but show their full might on other compositions. On the whole this works well but occasionally the two don’t quite gel such as on ‘Woman From Tokyo’ where the two grate a little and seem to be fighting for musical space.

This Purple line up had been touring together for 10 years at this point and had become a formidable live force. Steve “Ritchie Who?” Morse who joined in 1994 and Don Airey (a mere 9 years prior to this gig taking place) shine brightly throughout the set. The song list chosen only contains three tracks from this mark VIII configuration, the “Recently Laundered” Morse’s short guitar requiem ‘Contact Lost’ from the mark VIII debut Bananas along side the instrumental ‘The Well Dressed Guitar’ and the title track from their most recent album Rapture Of The Deep which all fit smoothly into a mainly nostalgic repertoire and prove that this is not a band who are willing to sit back and rely on past glories. Also making the cut are the Perfect Stranger pairing of ‘Perfect Stranger’ and ‘Knocking On Your Back Door’ which is another song which doesn’t make a smooth transition to this format when aired during the second half of the show. Retro classic ‘No One Came’ from Fireball fares a little better as it proceeds Airey’s showcase solo slot which proves him to be a worthy successor to Lord. The night closes with ‘Hush’ with a quirky ‘Green Onions’ intro followed by a rapturous version of the ever welcome ‘Black Night’ which really does gain a new swagger from the added brass and strings. But there is one last thing to do as Gillan introduces “Funky Claude” to the stage which seems a fitting conclusion to the night.

This release sees Live At Montreux 2011 available for the first time on DVD+2CD. The set list and running order is identical across the 2CDs and DVD with the DVD adding a 2011 interview with Top Of The Pops producer Chris Cowey. During the separate interviews each member talks about the “not” Symphonic nature of the event as well as topics ranging from ailments (Gillan), “That Nice Bloke” Paul McCartney (Paice) and Jazz Gospel Blues Rock (Glover) over the 55 minutes.

Granted Ian Gillan’s voice may not hit the high notes and screams of his younger days but the arrangements performed at this event fully utilise his more mature vocal tones. Glover and Paice always deliver the solid backbone of the band and I think I’ve already covered the contribution made by the new boys, Morse and Airey. Deep Purple continue to release great quality material as proved by last years Whoosh! album but it’s still great to look back on their classic rock history… but with a twist.

6.Rapture Of The Deep

9.When A Blind Man Cries

1.Knocking At Your Back Door

7.Smoke On The Water

5.Rapture Of The Deep

8.When A Blind Man Cries

10.Knocking At Your Back Door

16.Smoke On The Water 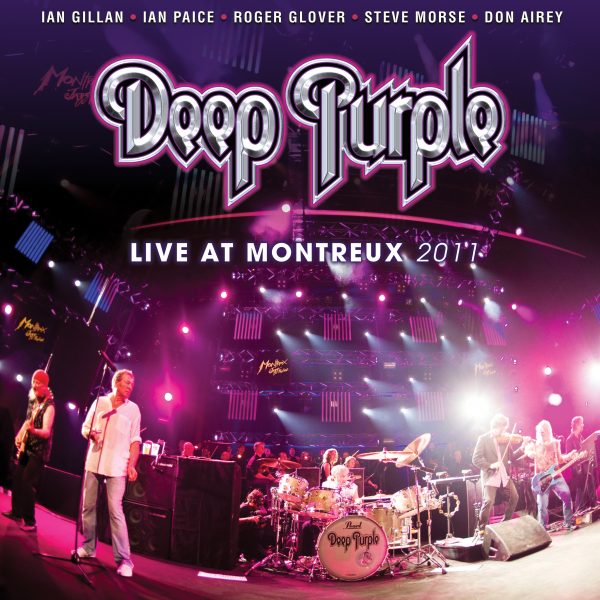