There’s something rather special and magical about fourth albums (think Volume 4, Four Symbols and Fair Warning). It’s a time where bands have honed their craft but have yet to become complacent and bloated by success. Five years in the making Death Wolf’s fourth opus IV: Come The Dark is well equipped to stand next to such luminaries and seems set to shine a light on these purveyors of darkness.

Originally formed two decades ago by Morgan Håkansson (Marduk) under the moniker Devil’s Whorehouse who, as the name suggests, were a tribute to the horror punk of the Misfits and Samhain. After a slew of releases in that genre the band developed their own sound so a new name seemed pertinent. As Death Wolf they’ve still retained a love of all things Glenn Danzig but now, armed with a sound that welds the aggression of punk to a metal sensibility, they have sonics that effortlessly straddles genres. Opening with a riff that wouldn’t be out of place on Motörhead’s Orgasmatron ‘He Who Hates’ is a nihilistic slab of metal that stomps like a thousand marching feet. But there’s plenty of variety on offer from the ghostlike vocals in the midsection to the haunting guitar motif which tails the song and entices the listener further into the bands Grimm nightmare. Like a horde of charging Vikings a meaty, relentless riff gives ‘Edge of the Wood’ a warlike feel before ‘Empower the Flame’ buzzes around the listener like a swarm of angry wasps.

Beneath the sonic fury that informs most of IV: Come The Dark there’s a real groove and swing that permeates all the tracks and nowhere is that more evident than on ‘The Sword’.  With an insanely catchy melody it’s a track that almost breathes as it ululates with  a buzzsaw riff that’s played with industrial precision. ‘Funeral Pyre’ takes its foot off the pedal to inject a nice change of pace and sets the scene for the lumbering ‘The Executioners Song’. Crawling like a wounded giant it’s a track of monolithic proportions with Death Wolf scrawling their sound on every available surface along with guitars that scythe through the maelstrom like a guillotine. Attentive listeners will notice a near complete lack of guitar solos on IV: Come The Dark rather the band use tonal shifts to create atmosphere and the constant repositioning on ‘Speak Through Fire’ is quite disorientating.

Frozen with a glacial iciness ‘Into the Woods’ is like following a trail of breadcrumbs that lead to a arctic wilderness. Heavy on the distortion ‘Iron & Flame’ is a blistering affair that belies the bands hardcore roots and stands in marked contrast to closer ‘Conquerors Dance’. Genuinely unsettling it’s a huge, lumbering track that’s akin to being locked in a room with the most depraved serial killer. Loaded with Gothic imagery it’s a stark black and white song that gives the impression of being trapped under something huge and immovable. You’d expect a track titled ‘Conquerors Dance’ to be a celebration but there’s no hope of redemption here (think Type O Negative at their most expressive) just a haunting vocal and drums that explode with every beat against a backdrop of guitar reverb. Nevertheless it’s a song that’ll bury deep into your cranium and stay with you long after the disc’s stopped spinning. I just hope we don’t have to wait half a decade for album number five… 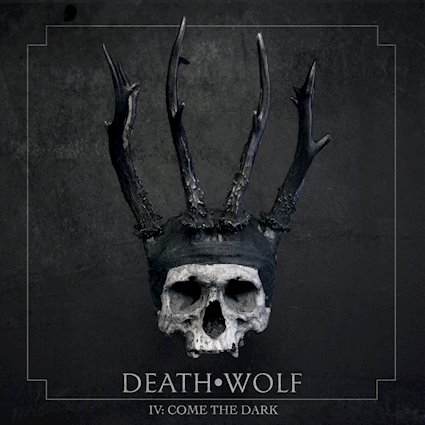