Danceable and heavy as all hell…

There’s something wickedly fun about bands that can blend disco beats alongside crushing guitar work. It’s even better when they can retain some musicality and throw in some attitude, too. Death Valley High do all of that, and in spades. Describing themselves as ‘Death Disco’ and ‘Doom Pop’, the four-piece manage to remind me of one of my favourite ‘Death Pop’ bands (who they went on tour with in America, interestingly enough), while still retaining enough originality to kick you in the head along the way.

For those of you not already familiar with the genre, what we’re talking about here is a hard-hitting industrial-metal-meets-electronica sound with a musical leaning toward the pop of the 80s. Think cyber-goth meets new romantics if you like, but the end game is that the music is both danceable and heavy as all hell. Single ‘Warm Bodies’ is a perfect example of this musical blend: kicking off with a synth/drum machine intro that bleeds into a rolling disco bassline and a simple punk-esque guitar riff, before building up into a big 80s style chorus that kicks it up a notch into the next verse.

The great thing about this album, though, is that each song has its own identity. ‘1213 [As Many Fvks]’ is more firmly in the metal camp than, say, ‘Ick Switch’ but they both work well together on the album, giving it a more nuanced and varied feel. Rather than simply hammering at you throughout, Death Valley High use dynamics and tonal shifts very well too keep it interesting throughout. Some of those basslines are simply glorious, too, and the thumping drums keeps it all moving along at a nice pace, too.

While that’s all well and good, it’s still missing something that I can’t quite put my finger on. It feels reminiscent of what’s gone before, but doesn’t really push itself anywhere. It feels almost like it’s waiting for something to help it make the next leap, or for someone to engage with it. On the other hand, it is still good fun – especially with the nursery rhyme finale – and that makes me forgive an awful lot when it comes to a band.

Personally, I think there’s more than a knowing wink to the genre as a whole going on here – a sly little dig at the overall seriousness of the genre and the proponents of it. Will that alienate fans of the genre? Ah, who cares. I’m going to put it on and have another listen, because I like it, and in the end that’s all that really matters. 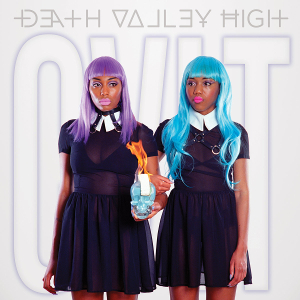