Great video. And how fitting that the Iggster features. The spirit of the Stooges is ever present in this third album by Psych/Punk/Boogie crew Death Valley Girls. Headed by vocalist and multi instrumentalist Bonnie Bloomgarden and guitar wrangler Larry Schemel and joined by an ever changing commune of like minded muso’s (whoever was around at the time and fitted in, man) this is an unexpected masterclass in scuzzy rock ‘n roll.

The tribal thud and punk riffage of ‘More Dead’ thrusts us straight into that garage rock vibe, slightly psychedelic and graced with a classy wah wah solo, it descends beautifully into noisy free fall before scrabbling back some control.

And we’re off. The spirit of ’76 is along for the ride too, with a little bit of everything that made us fall in love with underground rock ‘n roll. Handclaps, wig out solos, riffs with a droning, almost Krautrock insistence, Bloomgardens rock chick tremulous vocals and even a fair dollop of ‘Fun House’ style free jazz saxophone.

‘Unzip Your Forehead’ is as far out as the title suggests, Bloomgarden insisting she just “wanna eat your brain” atop a low down boogie and trippy FX. ‘Wear Black’ has a fuzzed out solo and distortion a go-go, daddio, it’s Doors-y, chock full of 60’s swirling keyboards and socially unacceptable guitar.

The brilliant ‘Abre Camino’ shifts gears at least three times, getting louder as it goes. Nastily louder. It’s that token bad kid in John Waters movies, cigarette hanging from bottom lip and kitted out in Brando ‘Wild One’ get up. You don’t want to get to know this song…but that dark part of you that you try to ignore kinda does.

‘Born Again And Again’ is pure Iggy…all James Williamson guitars and ‘I Wanna Be Your Dog’ riff variations, and we end on the brilliantly titled ‘TV In Jail On Mars’ – fuzzy, minimal rock ‘n roll which may or may not have a xylophone plinking away in the background and a final dirty clang and squall of guitar.

This is an unexpected gem. It screams “outsider”, “weirdo”, “freak” and has it all – rock, roll, punk, attitude and very possibly a switchblade hidden away somewhere. Schemel, in particular, is a guitar player to take note of, switching between styles while always being effortlessly cool, from Ron Asheton dirt to almost Sonic Youth levels of noise. An album that wears shades permanently, all the time, even when it’s asleep. Recommended. 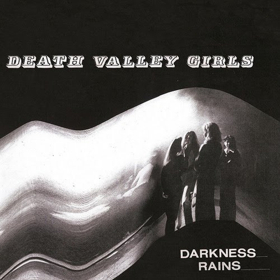