It’s a pleasing anomaly that the best in Americana is currently being produced in the UK, and most notably from north of the border. I don’t know what they’re putting in the water, but Scotland is birthing some amazing artists and perhaps the brightest jewel is a star encrusted crown is Dean Owens. For his latest album he’s teamed up with desert rockers Calexico and the resulting Sinner’s Shrine is a record that’ll appeal equally to fans of both.

Sinner’s Shrine was recorded pre-pandemic in the heart of the Arizona desert where Dean collaborated with Latin band Calexico. Like a piece of buried treasure this album has been hidden for 18 months and it’s finally been unearthed…and what a trove it is. Opening like a saguaro cactus ‘Arizona’ is a song that really captures the essence of The Copper State and cloaks itself in burnt red and golden yellow hues. ‘Arizona’ is an evocative track, ethereal and dreamlike, it conjures strong images of America’s Southwest with Calexico’s quintessentially Latino sound and Dean’s warm vocals floating atop. You’d think industrial Scotland meeting the open expanse of the American desert would be diametrically opposed yet on Sinner’s Shrine they co-exist in perfect harmony and make easy bedfellows. ‘Arizona’ seems to emanate as if from a Spanish 18th century saloon while two gunslingers face off on different sides of the street; it’s the musical equivalent of a Tex-Mex meal and I must report that it’s rather tasty.

The combination of Calexico’s slightly unsettling sound and Dean’s astute lyricism gives Sinner’s Shrine a cinematic feel and no more so than on ‘Here Comes Paul Newman’. It could quite easily have leapt from a Tarantino soundtrack, or a film’s score composed by Ennio Morricone; it’s discombobulating, vaguely surreal and other-worldly yet it never loses sight of song structure, and its inherent melody immediately adheres itself to the listener. Wafting between the borders of America and Mexico ‘The Barb Wire’s Still Weeping’ is a lush affair on which both parties have absorbed their Tucson surroundings, it’s as vast and expansive as a bruise-coloured sky and beneath a rust-coloured landscape stretches as far as the eye can see. The whimsical ‘After The Rain’ brings Sinner’s Shrine to a heartfelt conclusion and, like a tumbleweed rolling across the desert floor, it (almost imperceptibly) takes on form to become something substantial and leaves the listener feeling emotionally cleansed.

Recording in Arizona has been a dream come true for Dean and you can hear it realised in almost every note on Sinner’s Shine. The combination of Dean Owens and Calexico sounds like a marriage made in heaven and, hopefully, it won’t be a staging post for each artist but a long and fruitful relationship. 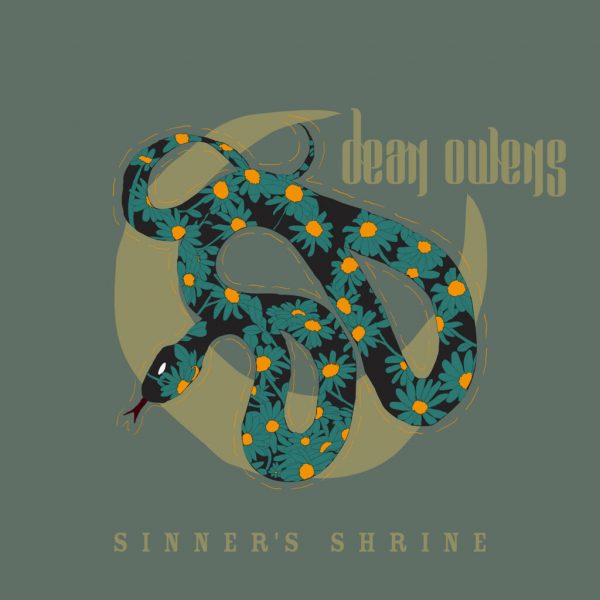