Coronavirus hasn’t sorted out the men from the boys musically, so much as given us songs its composers tell us are intended as deep and meaningful, where we can ruminate on life as we knew it and prepare ourselves for what might lie ahead.

Such publicity schticks aside, from major acts and unknowns alike, I get that being locked up indoors means you might have a tendency to write something a bit maudlin. However, the reality is, as soon as they opened the door and we caught a whiff of fresh air again, all most people wanted to do was rush out and get rat-faced having a good time… And that’s not just me becoming an even grumpier old git, even Bryan Adams noted in his heyday: “Kids wanna rock”.

So, I guess the only thing we can hope for is that our favourite bands, aside from wearing their hearts on their sleeve, dug in deep and pulled out a few killer riffs too, in their time away. Before this pandemic malarkey, five-piece Londoners Dead Man’s Whiskey were putting in festival dates and making a bit of a noise with their debut album. The name was familiar to me, the music not, so this five track EP, Breakout, is a fair-sized taster to see if they’re worth a long-term punt and see how far they’ve gone down the introspective naval-gazing route.

An eerily appealing electric guitar draws you in; not really eastern scaled, not really folk either but it seems to touch base with those styles then wind away before giving into a hard and heavy barrage of sound, over which the guitar now skips and squeals defiantly as the singer tells us that he’ll: ‘Sleep When I’m Dead’. Initially I took it to be about the hard graft, but in by those working essential jobs during lockdown, but it’s more about a general state of mental health, the depression that can ensue real enough. Harmony vocals kick in come the chorus and stick around thereafter. It’s classic rock in structure, modern metal in approach, tweaked with Southern rock macho mannerisms despite its lyrical intend, and rather catchy. It’s a good start. 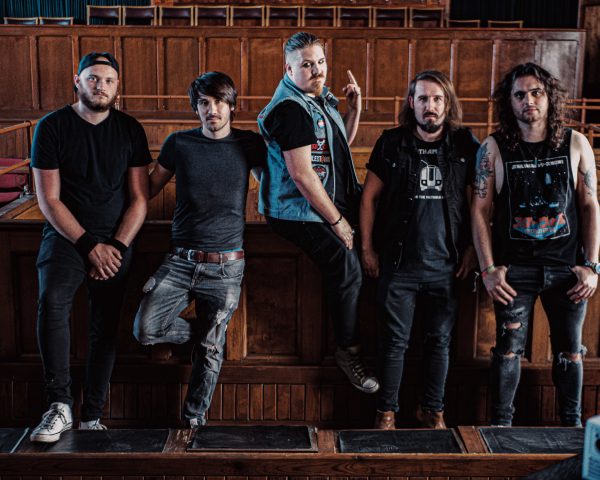 ‘I Am Here’ has them pulling out some riffs Jimmy Page left behind when Zeppelin boarded the Starship to party back in the 70’s. They’re put to effective use with the band swinging into gear and the vocalist raising his pitch, and the overall effect falling somewhere between The Answer & Bad Touch. Less a statement of intent, more tongue-in-cheek apparently. First single from the EP, title track ’Breakout’ is next. It finds us in similar strain of emotion personified on ‘Sleep When I’m Dead’ but with equal parts despair and determination to get out of some dead-end job. This is modern hard rock but with that old traditional classic trope of football crowd styled chanting backing vocals, plus a cowbell knocking away in the background.

Already out as their second single is ‘Never Ever’ and it transpires that when they dipped into that abandoned luggage case on the Starship they also found some vintage Mick Ralph Bad Company chord progressions waiting to be used, so they added some distortion, play them at a mid-pace with a slight swagger then let the lead guitar scour viciously over the whole thing. Not to be beat, the singer screams out like a good ‘un too. Breakout closes with ‘Make You Proud (Piano Version)’ – So that infers there’s a rocked-up original fans will be aware of. A slow contemplative ballad it proves a nice ending to the collection.

Here on record, I like what I hear. It’s not breaking new ground, but made of the right character. It bodes well and has already proved worthy of repeated listening. Are they any good live? I might have to check them out now venues are reopening. 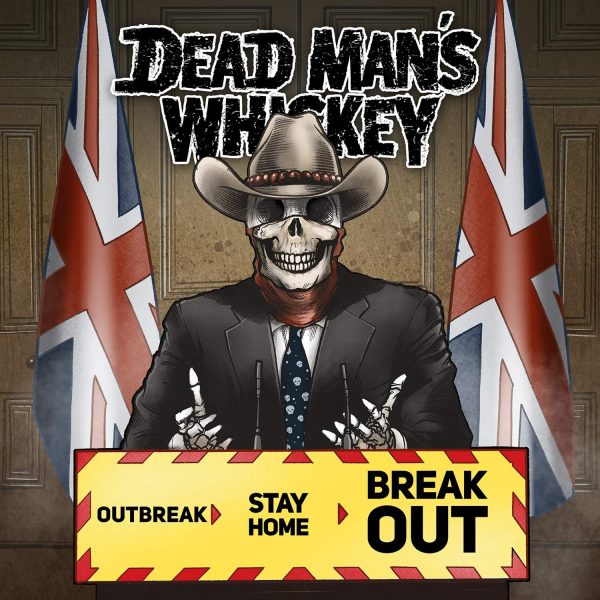