Entertain this notion for a moment – what if we never fully came out of the current shutdown?

What if every gig were ‘unplugged’ – in someone’s living room, basement or garden, playing to a few dozen like-minded people tops?

What if bands could do what they do purely with acoustic instruments and voices?

No drum kits, no PA system, no walls of amps.

Playing heartfelt songs with lyrics that deal with political, social and mental issues, instilling them with enough punk-rock energy to keep it from all going a bit Mumford and Sons.

They’ve been making this kind of thing work for nearly a decade. For a potted history of the outfit, read accompanying interview HERE as a primer just for this album, they’re a four-piece centred around acoustic guitar, dual male / female vocals, trumpet, washboard and ‘gutbucket’ / ‘washtub’ (for UK readers) bass. We’ll call it ‘folk-punk’ for now.

Their latest (ninth) album sees them taking their own fiercely punk-DIY ‘literally-recording-in-a-cupboard’ ethic into the welcoming arms of Fat Wreck Chords and that label’s ethic of doing it yourselves…just in a studio with someone to help you out. F*cking sell-outs, right?

‘Show Me The Blueprints’ sounds as raw as anything that Days n Daze have done, except that the guitar / washboard / bass backbone is now more sweetly fleshed-out with extra banjo and mandolin lines (mostly played by frontman Jesse Senedjas). Co-founder Whitney Flynn’s contributions on lead and harmony vocals cut through or sit back as required better than they ever have – and then there’s her trumpet parts.

Yes, it’s a punk band with a trumpet…so there’s a ska feel to some tunes (‘Darling Dopamine’, storming closer ‘Goodbye Lulu’) but DnD stay the right side of hornageddon and keep focus on their genuinely poetic lyrics.

Which are what really set this apart from many other recent offerings. There’s hopeful-nihilism (opener ‘Flurry Rush’); the self-realisation of ‘Saboteurs’ (“I’m just an asshole with a loud mouth and a system of support I don’t deserve”); romanticism; righteous anger; the struggle with the self…all just emotionally plastered over this record.

It all clashes yet sits perfectly with ‘whoa-whoa-whoa’ choruses like ‘LibriYUM’ and the sing-along of the closer – resulting in a record that can make you think, reflect and cry if you’re in that kind of mood, or plan yourself greater things for the future if that’s how you happen to be feeling today.

I’m sure DnD will consider playing your basement or garden if they’re in town once this Covid-19 thing dies down – grab them fast though, they’ll be way beyond it soon. 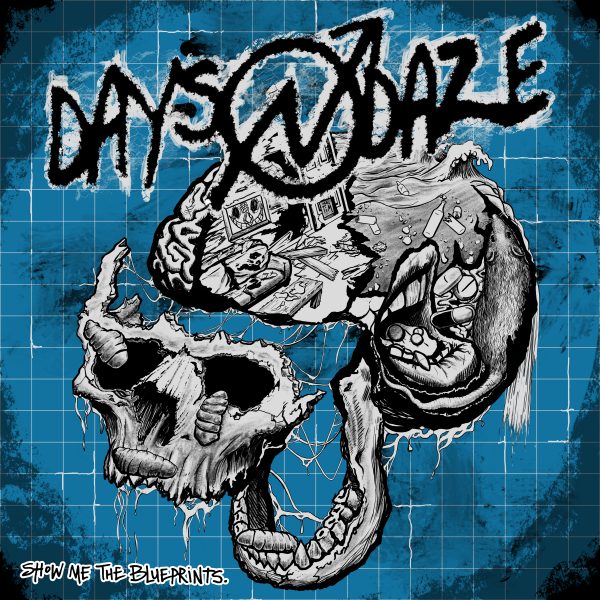