It has been a while since acclaimed Newcastle-Upon-Tyne guitarist Dave Burn announced he was working on his 22nd album, but after initial listening, the wait certainly seems worth it and ‘Nothing Is As It Seems‘ sees its official release on 1st June.

‘Nothing Is As It Seems‘ may seem an appropriate title reflecting our current peculiar times. The reality is though that this album was recorded before we encountered our first lock down, and marks a significant change in Dave’s albums. This being his 17th solo album is the first to feature vocals with all his other solo albums being purely instrumentals.

If you’re unfamiliar with his work then aside from two original hard rock albums with Nobody’s Fool, Dave’s appearance on several albums by UFO tribute band WFO and a Paul Kossoff tribute album should give a pretty good idea of his principal influences. More recently he was the guitarist for Paul Raymond Project, touring and recording on the UFO keyboard players final two albums.

For ‘Nothing Is As It Seems‘, Dave has the ever versatile Lee Small providing all vocals who seems to currently be one of the busiest men in rock. The Lionheart frontman is also a member of Sweet whose Isolation Boulevard album has only just hit the shelves, as has his solo album Chameleon.

The album kicks off with ‘Right Of Passage’; a play on words about following your own path and pleasing yourself rather than others which begins with a stuttering start before settling in to a riff heavy monster with an incendiary solo. ‘Darkest Hour’ is a belting rocker reminiscent of late 1990’s Michael Schenker.

‘Labyrinth’ is an early highlight, lengthy, dramatic and full of melody and texture. More than a nod to Paul Raymond and what he brought to UFO. No doubt the man would approve. ‘Hit The Ground’ follows and as an instrumental moves into familiar Dave Burn territory which has a lot of variety packed into its’ four and a half minutes yet never feeling indulgent.

‘Before You Cry’ steps into 1980’s power ballad territory before things get heavier with ‘Made Of Stone’ with a doomy Sabbathesque riff with Small sounding somewhere between  Dougie White and Glenn Hughes.

It has it’s lighter moments too. Despite its subject matter of jealousy, ‘Always’ is mellower musically. ‘Understand’ by contrast is a much heavier affair with galloping bass lines which unravels into something of an epic tale about life in a band that’s choc full of tasteful lead guitar work and clocks in at almost 9 minutes without ever feeling it.

The quality of the production of the album also deserves mention. Quite simply it sounds superb and for a self produced and engineered album it puts to shame a lot of albums I’ve heard of late that have been afforded much bigger budgets. Mastering by Jon Astley (The Who, Clapton, George Harrison, and just about everybody else of note) has also helped in making this special album offering up a lot of quality and variety over its 70 minutes and the slow and melancholic instrumental ‘Boat To Samarkand’ closes the album perfectly. 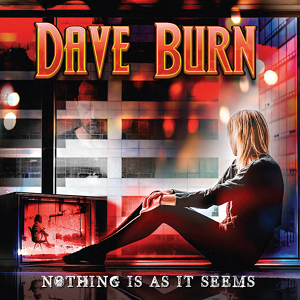