On 3 March 2017, Allan decided that he’d better stop listening to this album long enough to actually review it…

Danko Jones have been a favourite of mine ever since I saw them back in ‘96 supporting Backyard Babies at JB’s… and as far as I was concerned, he utterly blew them away. I spent the only money I’d brought with me on his debut instead of drinks, and have never regretted that for one moment since then.

Now onto their 8th studio album, the louche blues-rock-with-swagger-and-attitude he started with has been coupled with such ferocious punk attitude that there’s just no way that listening to this album would be anything less than entertaining. It’s gritty, heavy, fast and furious and just doesn’t let up.

There’s a furious simplicity behind it all – being a three-piece band doesn’t generally lend itself to complexity, after all – but it’s so steeped in rock ’n’ roll that tracks like ‘You Are My Woman’ sounds just like something Thin Lizzy could have written while retaining the essential flavour of what makes Danko Jones special. Danko’s love for rock ‘n’ roll permeates the album with little references and nods galore, but never at the expense of the band’s identity.

If you’re looking for comparisons to previous albums – yes, it still sounds like Danko Jones, and yes it’s awesome. The usual crunchy, driving guitar riffs are there in spades, with the rhythm section underpinning everything and rumbling along in the background like the monster truck that’s about to squash everything flat. As for the vocal… gritty, gravelly, and the lyrics are cheeky and flirty and dirty and sassy. And yes, there are still songs you’ll sing to yourself to get yourself in the zone before you use your best lines on that person who’s been catching your eye across the bar.

It’s like the soundtrack to the best night out that you haven’t had yet, or the songs you only wish your favourite stripper would dance to. This is just what Danko Jones do best: they put swagger in your step, a grin on your face, and they send you out ready to take on the world with confidence and style. 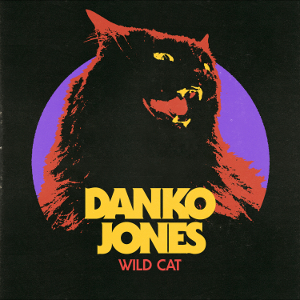