Danko Jones are currently celebrating their silver anniversary, but the global pandemic has put the kibosh on their festivities; I’m sure they were hoping to be out on the road every night and blasting out these tunes to full stadia. However, this Toronto three-piece are commemorating their 25th year in music in the next best possible way with the release of a career defining studio album (their 10th overall), the aptly titled Power Trio.

Despite being in the game for a quarter of a century Danko Jones still have an urgency about them and openers don’t come with more exigency than ‘I Want Out’. Wasting little time on fancy introductions or preliminaries ‘I Want Out’ arrives fully formed and with a riff to die for. Setting the tone for the rest of the album it’s a high octane shot of ballsy rock n’ roll with an explosive guitar solo as its centrepiece. With wonderfully fuzzed-up guitars, a pounding rhythm section and Danko’s silky smooth vocals, what’s not to like? Stopping as suddenly as it started ‘I Want Out’ is a stark reminder as to why Danko Jones remain at the top of their game. Like a magician with a bottomless bag of tricks Danko keeps pulling amazing riffs from the ether and that which powers the risqué ‘Good Lookin’’ is a thing of beauty. It encapsulates all that’s great about hard rock; it’s hard-hitting, to the point and with all the excess fat trimmed off.

The thing I like most about about Danko Jones is their stripped back aesthetic; there’s no pretensions or fancy gimmicks, just three guys banging out raucous rockers. While it’s true they’re not trying to reinvent the wheel, they’re not stagnating either and each album has a unique feel while staying true to the band’s core sound. Take ‘Saturday’ for example, if you walked into a biker bar on said evening and found a band busting out this tune, you’d know you were in for a good night. Delivering his lyrics like a barstool preacher Danko hits some impossibly high notes and delivers a couple of equally impressive guitar solos. Easing off the pedal (slightly) ‘Ship Of Lies’ features some hefty drumming from Rich Knox and he hits each beat like he’s dropping anchor but the whole band lock in tightly, ensuring that ‘Ship Of Lies’ chugs along at a fair rate of knots.

There’s something very life-affirming about Danko Jones’ sound; it’s uplifting and has a glass-half-full vibe, but the band do serious too and ‘Raise Some Hell’ comments on the death of George Floyd. As befitting such a serious topic, it has an equally weighty riff and is a call-to-arms that swaggers with attitude. It’s back to the rock action with ‘Blue Jean Denim Jumpsuit’ a track that, like a box full of frogs, jumps all over the shop. Lithe, it’s a welterweight boxer throwing a succession of tasty jabs and you have no choice but to sit back and marvel as the band mix up tempos, and with great abandon. ‘Dangerous Kiss’ is a barrelful of trouble that’s built upon a stop/start riff. It’s the type of riff that’s fairly prevalent in hard rock but it’s never sounded as good as the version that bursts from Danko’s guitar. ‘Start The Show’, despite its position as album closer, suggests a hosts of possibilities of where Danko Jones’ sound could go next and signposts a bright future.

Well done lads, and here’s to the next 25 years! 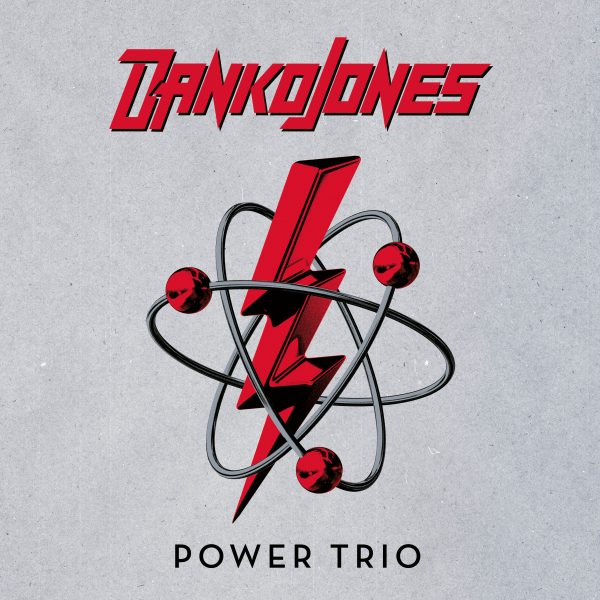