There was much excitement back in 2012 when Dan Reed Network announced a one off reunion show, taking place on New Year’s Eve in their hometown of Portland, Oregon. As things turned out, it was too good to leave as a one off, the band are not only back on the road, they also have a new album recorded and ready for release.

Opening the show tonight are another band who have made a comeback in recent years, Voodoo Sioux, with a mix of older songs and material from their more recent album Grotesque Familiares. Usually, a frontman as flamboyant as Nikki Flaherty would demand all of the attention, but Voodoo Sioux also has Mario Ermoyenous, one of the more watchable bass guitarists around. As we find out later, even Dan Reed enjoyed watching his performance.

Voodoo Sioux are somewhat genre defying although Flaherty calls it perv rock before introducing a song about necrophilia. There’s plenty of big, catchy choruses on the likes of ‘Mister Smith or Jones’, while ‘Mozart In Reverse’ and ‘Indian Summer’ also impress. A hugely entertaining set.

Dan Reed Network are introduced as one of the best bands on the planet. A lot to live up to, but despite some technical issues, they do. The band that opened in arenas for Bon Jovi and stadiums for The Rolling Stones were away for far too long. Keys man Blake Sakamoto has departed, replaced by Rob Daiker, a member of Dan Reed’s solo band and producer of the forthcoming album

Dan Reed puts the gremlins down to having a support band with Voodoo in their name. ‘Tiger In A Dress’ comes after Reed asks what the crowd wants to hear. He says he likes that one. No-ones really sure if there’s a setlist, but if there is it’s a very fluid one. 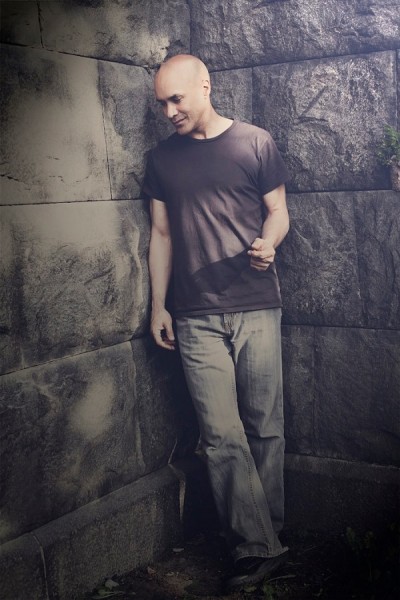 Following ‘Rainbow Child’ there’s some fun as Melvin Brannon II and Brion James get to show off their guitar spinning skills. Apparently it went better than it had earlier in the dressing room. After ‘Come Back Baby’, Reed asks James to play something funky. As his solo ends, Reed returns to the stage holding a ‘Brion James Network’ T-shirt.

The band discussing those we’ve lost recently leads us into some Earth, Wind & Fire and Bowie’s ‘Space Oddity’. Following ‘Make It Easy’, from the second Dan Reed Network album Slam, the crowd helps decide the setlist again. Given a choice of three songs, ‘Baby Now I’ is the chosen one.

There are more problems as a snare drum is damaged but as before the band keep the crowd entertained. Reed asks Brion James to play something the people would enjoy back home on the island of Honduras. James performs Bob Marley’s ‘Three Little Birds’ for us while the drum problem is fixed.

‘Cruise Together’ and the big ballad ‘Stronger Than Steel’ follow, the latter a wedding song for many fans, we’re told by Reed. The night then ends where it all began for a lot of us all those years ago with ‘Get To You’ from the debut album. The new Dan Reed Network album, Fight Another Day is set for release in June on Frontiers Records.