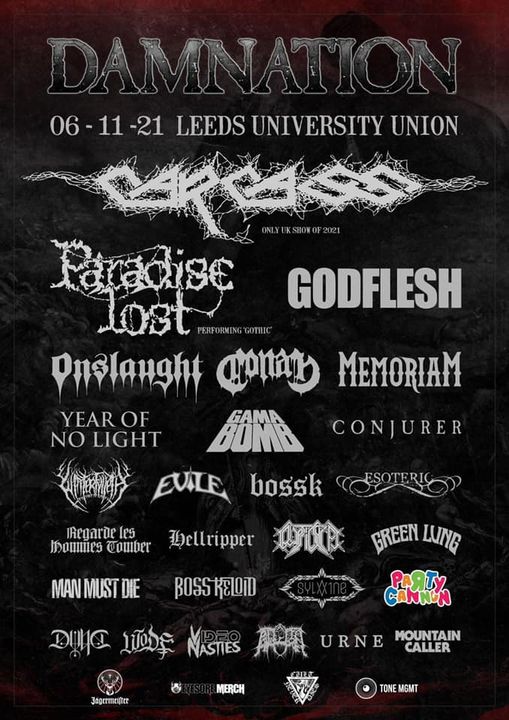 It’s been a hectic few weeks for the head honchos at Damnation Fest, writes Paul Castles.

First of all this they had to concede that the hopes of some pretty tasty bands jetting in from the US to Leeds University in November were going to have to be consigned to the Covid trash can.

In true Damnation spirit however, the loss of friends from across the Atlantic has been more than compensated for by the addition of a whole raft of new bands to this year’s line-up.

These include new headliners Carcass, Paradise Lost, Winterfylleth, Man Must Die, Party Cannon, Evile, Cryptic Shift and Urne. Paradise Lost will be performing their album Gothic in its entirety to celebrate its 30th anniversary.

Alongside this is the news that this year will be Damnation’s last at Leeds University. Next year the indoor winter fest moves to Manchester with Ministry set to headline the first Damnation at the BEC Arena.

The final Damnation Fest in Leeds is now sold out. To avoid missing out in 2022 in Manchester you can purchase an early bird ticket before 1 October at the reduced price of £55 – after that date they go up to £65. Click here for details. 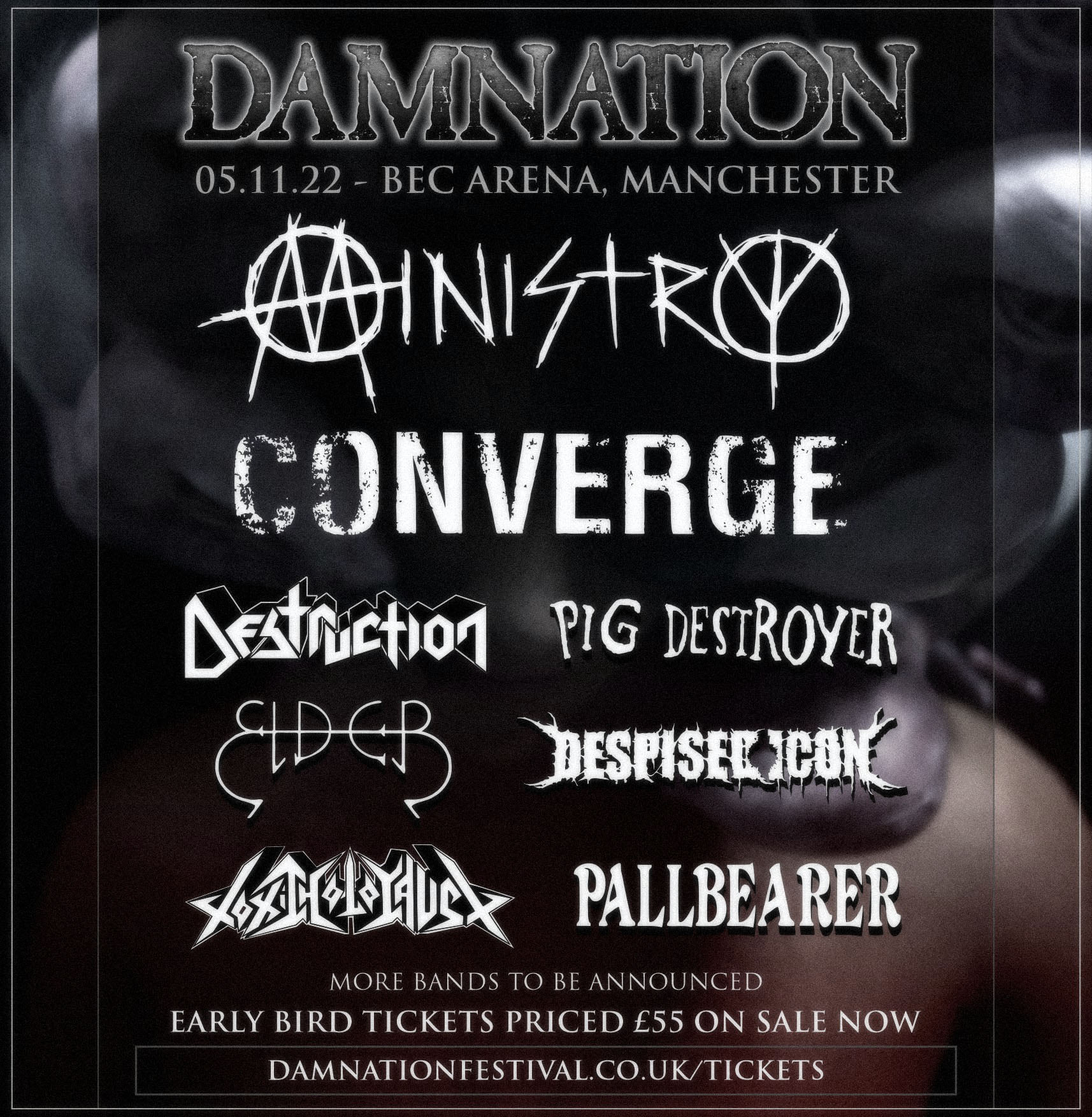