Custard Dream is the name of the new project from one man army Ryan Davies. Artist, multi-instrumentalist, and producer (phew!) there’s not a turn that his talents haven’t taken and if you need proof then Ryan wrote, produced, and played all the musical instruments on Blue Wave. The resulting EP benefits from a singular vision and incorporates everything from new wave to psychedelia and serves them up as a delicious smorgasbord.

Some music immediately snares you and then reels you in and that’s certainly the case with opening track ‘Asteroid’. The scratchy guitar that heralds its arrival is a barb in your cheek and you have no option then to obey its pull. Sounding simultaneously strange and familiar ‘Asteroid’ has a definite ‘80s vibe (but the edgier end) yet it also sounds futuristic, as if beamed back from some far-off galaxy and this is a tension of opposites that reverberates throughout Blue Wave. The bass is bold as brass and prominent in the mix, dictating the pace and is entwined by the angular, spiky guitar and the two combine to ensure that ‘Asteroid’ is an earworm that’ll bury itself deep in your cranium…and it won’t be leaving anytime soon.

Like a silver ball bouncing perpetually between bumpers inside a pinball machine ‘Back In The Room’ is slightly disorientating (but in the best way, of course). It mixes up tempos with reckless abandon with each sonic shift serving to reposition the listener and while this could result in an epileptic song Ryan’s strong focus keeps everything within defined parameters. Overall, you get the feeling that Blue Wave shouldn’t work, but somehow it does; taut, industrial drums nestle next to wonderfully distorted guitars and sit astride glacial, brittle synths which are overlaid by Ryan’s mechanised vocals and the resulting brew is a potion that bubbles along nicely.

With each song seemingly existing in its own universe Blue Wave is certainly not made for somnambulists and if you do find yourself drifting off then it’ll brutally shock you back to reality. The soaring guitars that permeate ‘Ocarina Vice’ recall the theme tune to some classic police drama (think The Rockford Files or Miami Vice), but the lyrics are all Ryan: “Like a Scalextric car glued to the track…it’ll be like watching Bambi on ice”). Rounding off the EP in fine style is a surprise cover of Led Zeppelin’s ‘When The Levee Breaks’ and, like all covers should be handled, Ryan imparts his own personality on proceedings and, if Nine Inch Nails were to cover Led Zeppelin then I’m sure it’d sound something like this.

Both ethereal and thickset it seems that Custard Dream is the perfect name for this project and my only real complaint is that, containing six tracks, it’s too darn short but true to the old adage, it leaves you hungry for more. 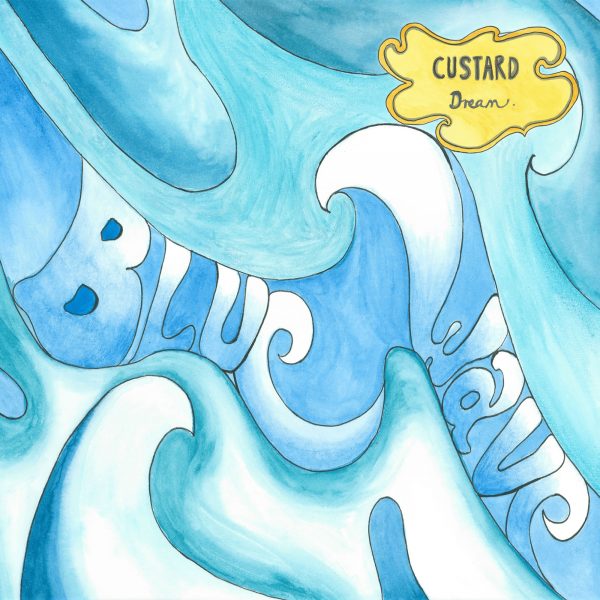