Reviewed by Brian McGowan and released by Rock Company, December 2017.

The relative simplicity of Tragik’s and Still Living’s Melodic Rock contrasts starkly with Koos J.Thonissen’s Cryptic Nature‘s elaborate Rock Opera, Pandor. A dungeons and dragons fantasy that taps into the fascination many have for Game Of Thrones/Lord Of The Rings escapism, with strong hints of Wells’ Time Machine in the plot construction.

We could perhaps have done without the laughable theatricality of the between-track narration, and let the songs/tracks speak for themselves… several are standout rock/prog tracks, if small in number. On ‘Glynyd’, an unidentified vocalist emotes gracefully over sparkling keyboard frills and fills; ‘Ieeryah’s spiralling axework and trip hammer riffing nicely butt up against crashing keyboard crescendos and delicate acoustic guitars, and with a little lyrical adjustment, the sweetly balladic ‘Pandor’s Adoption’ could well find a place in the MOR world of popular music.

There are a few more exceptions over this two disc affair, but much of the rest is a mish mash of quasi industrial metal and symphonic rock, better done by others. It would have hung together better minus the grating narration. And anyway, a decent rock opera should stand without the need for between-track exposition.

An album very much for a restricted audience and devoted fanbase. 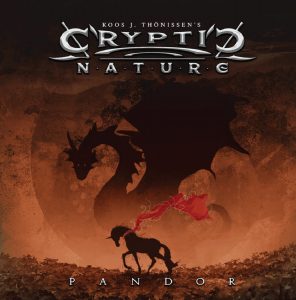