Reviewed by Brian McGowan and released by Store For Music on 18 May 2018.

A Store For Music Boxset, presenting three albums from the Spitfire Years, all of them critically acclaimed, and all of them continually connecting and reconnecting with the pioneering sludge/metal foundation that underpinned the band’s music from the beginning.

Kirk Windstein is the only ever present since Crowbar‘s inception in 1990. His huge presence has ensured that a rich vein of hardcore punk forever runs through the band’s doomy, downtuned distortion. That said, their sure touch with a memorable melody is often downplayed. On Odd Fellows Rest, for every ‘And Suffer As One’ and ‘Behind The Black Horizon’ there is a roaringly tuneful ‘To Carry The Load’, and the slow-paced, twisted operatic howl of ‘Remember Tomorrow’. And even the sinister ‘Scattered Pieces Lay’ has a few pieces of broken down melody strewn around its bones.

Elswhere the band wrestles every sense of melody to the floor, and pounds on it until all that remains are the earthmoving riffs and a pitch black juggernaut.

Equilibrium took Windstein’s band closer to the heavy metal middle ground, where conventional song structures made the sludge that little bit more digestible to fans of the genre. Not that ‘Glass Full Of Liquid Pain’ or ‘Down In The Rotting Earth’ were short listed for the X factor’s Christmas album, but a cover of Gary Wright’s ‘Dreamweaver’ created a few ripples in the mainstream zeitgeist. Stretched and distorted over a bass-heavy rhythm, the song seems interminable, like an endless search for a heavy metal groove, never reaching the kind of fever-pitch of confrontational intensity that we are used to. It kept us dangling, wondering, and it worked.

Windstein upped the ante yet again with Sonic Excess In Its Purest Form, if only by a few notches. He constantly surprises with splashes of carefully constructed melody, lurking in among the crushing riffola and industrial strength rhythms. Notably, guitars and vocals on ‘The Lasting Dose’ (snigger) and ‘Counting Daze’  seem to be emerging from the thundercloud of doom and gloom that enveloped the band on previous albums. The music still bounces around the Richter scale’s red zone, but it’s done with real conviction as much as making a noise now.

Older, wiser, Windstein was clearly edging the band closer to the civilised world of heavy metal, across which his idols, Led Zeppelin and Black Sabbath once strode. Arguably, he was learning marketing lessons from Zakk Wylde and Black Label Society. If only he hadn’t become sidetracked by Down.

Any questions you may have about the evolution of the Crowbar sound are answered in full by these three albums. Good work SFM. 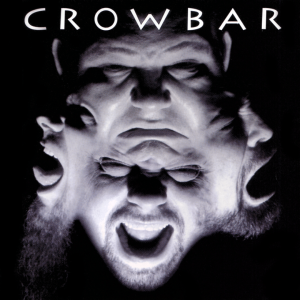 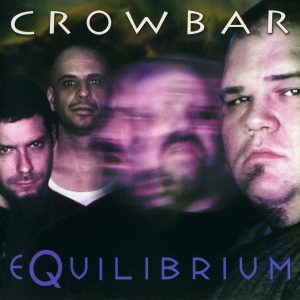 Sonic Excess In Its Purest Form: 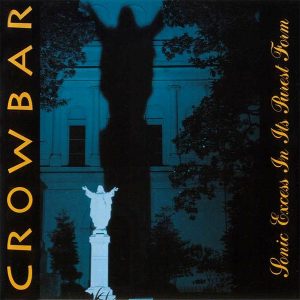