Funk-Stoner-Metal (add genre of choice here) dudes Crobot are back with ‘Rat Child’ – an EP of tracks new, or mostly, left over from 2019’s brilliant ‘Motherbrain’ album. And they’ve decided to bring a few friends along to the party.

So, yeah, let’s get to it. It’s Crobot, there are four tracks and it rocks! We kick off with Mountain (see the video above) which is graced by the presence of Anthrax bassist Frank Bello. It’s a stormer – big riffs, dual lead guitars, mammoth drums and a relentless, bruising momentum. It’s a great track – and things only get better from here.

Track two features the vocal talents of Howard Jones…no, not the lovable 80’s new wave scamp (although what wouldn’t you give to hear him collaborate with Crobot?) but the ex- Killswitch Engage vocalist. ‘Kiss It Goodbye’ has a well defined metallic edge, crunching very nicely and, at times, throwing in subtle shades of Pantera. It also accellerates up through several gears while Jones howls himself raw. Nice.

The title track nods back to the bands funkier leanings with plentiful bongo’s and shades of Aerosmith, except, y’know, heavier. It eventually fades out into a loose (although still heavy) jam. The crowning glory of this EP, however, is ‘Everyone Dies’, featuring Steel Panther drummer Stix Zadinia. The band themselves describe this as their attempt to get into the same ballpark as Queen and Meatloaf and that’s as accurate a description as any. It’s a hair metal stoner/biker crossover – and who knew that could even be a thing?

It’s brilliant – opening with a really rather lovely piano intro which is almost Beatle-esque – it turns into an epic power ballad with the arrival of the guitars. And on it goes, hitting surprisingly powerful emotional highs and ending with a trademark lighters-aloft big finish, it’s EPIC in every sense…and not to be missed.

This is everything a good EP should be. Brief, yet full of quality and machine-tooled to whet your appetite in anticipation of a new Crobot album. These guys just keep getting better and if these tracks are leftovers, who knows how good their new material will be! Recommended. 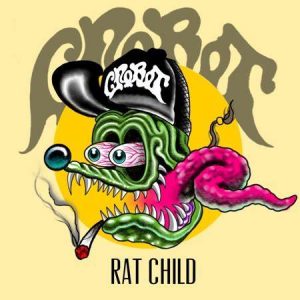