Perhaps the ultimate distillation of New York hardcore the Cro-Mags were the real deal and their classic 1986 debut album The Age of Quarrel was an authentic report from life on NYC’s mean streets. A band full of volatile characters, it was only a matter of time until they ripped themselves apart and what followed was jail time, knife fights and litigation. After all the schism we arrive at the band’s latest album In The Beginning, their first in 20 years, which can easily rival their early efforts.

Pertinently titled, this is an album that draws immediate parallels with their debut, both sonically and stylistically. A swirling maelstrom of an introduction heralds the arrival of opening salvo ‘Don’t Give In’, a song that suddenly explodes with the force of the Castle Romeo H-bomb. A statement of intent that couldn’t be any clearer; from the drums that thunder like a buffalo stampede to the ferocious gang vocals, the Cro-Mags are back and they’re mighty peeved. An anchor tied to a drowning man, the short, sharp shock that is ‘Drag You Under’ follows with riffs that are unloaded torpedoes and, with little in the way of respite, the riff monster ‘No One’s Victim’ goes straight for the jugular like a blood thirsty pit bull.

As an old school thrasher, I was always partial to American hardcore but a major downside was the production; weak and light on the bottom end it often sounded light and tinny. Then came the Cro-Mags who perfectly fused punk aggression to metal’s punch and that flame is still burning brightly on In The Beginning. Featuring a guest spot from Phil Campbell, and taking Motörhead’s template to the logical extreme, ‘From The Grave’ is full of chainsaw guitars that cut and scythe like razor wire. Still led by the irrepressible Harley Flanagan (the only ever present on every Cro-Mags album) and his trademark bass rumble kicks off a raucous ‘No One’s Coming’, his barked vocals add an air of menace while six stringer Rocky George (Suicidal Tendencies) adds his unique heavy, but ethereal, tone to proceedings.

Rocky takes centre stage on ‘PTSD’ and opens the song with a humongous solo and then trades chops with rhythm guitarist Gabby Abularach. ‘The Final Test’ is the soundtrack to civil disobedience and, with the vocals buried deep within the mix, creates a distinct feeling of unease. ‘One Bad Decision’ snaps hot on its heels and the briefest of pauses in between songs only raises the level of intensity. Pertaining to Harley’s recent incarceration ‘Two Hours’ is a cautionary tale that eases up on the gas and contrasts ‘Don’t Talk About It’, the musical equivalent of two nukes on a collision course. At almost six minutes ‘Between Wars’ shows a more measured side to the Cro-Mags, a song of several shades it shape shifts, evolves and departs in with haunting end section. ‘What You Believed’ is an explosive closer, and is as equally virulent as ‘Sign Of The Times’ from their debut, and it renders the silence that follows almost deafening.

After The Age of Quarrel, the music industry took a bite out of the Cro-Mags and a revolving line-up released some good albums (Best Wishes) and some just plain embarrassing (Near Death Experience), but In The Beginning is a stunning return to form. Welcome back! 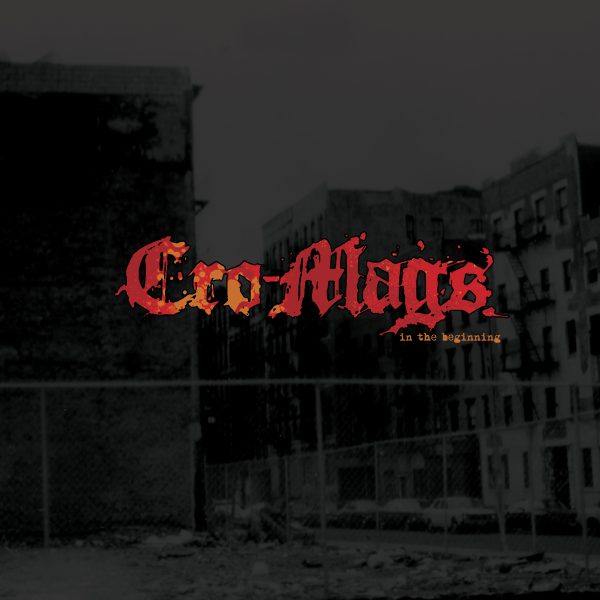