When the Cro-Mags released their debut album in 1986 they forever changed the face of music. Never before had a band so successfully fused punk aggression with metal power and The Age Of Quarrel is rightly considered a stone cold classic. In fact it is so well regarded that it’s overshadowed their subsequent work and that’s a travesty. However, their 1992 album Alpha Omega and ‘93s Near Death Experience have been reissued and they demand some re-evaluation.

Comprised of five volatile characters it was only a matter of time until The Age Of Quarrel line up ripped themselves apart. Founding bassist Harley Flanagan continued stoically and  released Best Wishes before he patched up his differences with vocalist John Joseph in time for Alpha Omega. It hit the streets in 1991 when bands like Biohazard and Leeway were crossing the bridge between punk and metal (a bridge the Cro-Mags helped build) and it’s precisely that zeitgeist into which the Cro-Mags tapped and things get of to the best possible start with the riff heavy ‘See The Signs’. Heavy as hell and tough as nails it’s an explosive effort that sets things up nicely for ‘Eyes Of Tomorrow’. New guitarist Gabby Abularach delivers the most sublime riff while some scratching and rap vocals add a contemporary edge and, maybe because it was way ahead of the curve, it still sounds fresh and vital. 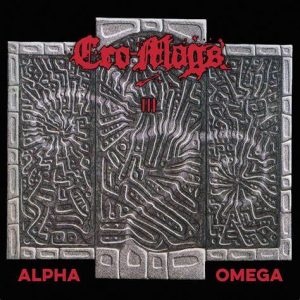 In Harley and John the Cro-Mags had two powerful vocalists but, rather confusingly, the production welds them together so it’s hard to know who’s singing what and, paradoxically, dilutes both their powers. This is an album that finds the band stretching their musical wings with several songs breaking the six minute mark but Alpha Omega works best when it’s succinct like on the groove laden single ‘The Paths Of Perfection’. However, this is a record that revels in its own diversity as ‘Victims’ crashes through the gears and the none-more-metal ‘Kuruksetra’ lands a succession of heavy blows. I’m sure the Cro-Mags of ‘86 would have baulked at the very idea of acoustic guitars introducing a song but six years later they’d matured enough to use them on atmospheric closer ‘Changes’.

I’m sure if anyone else had released this album it would be more widely praised but the shadow of The Age Of Quarrel loomed large. Nevertheless, Alpha Omega is a fine release in its own right and definitely deserves some reappraisal and elevation.

The tensions that fuelled the Cro-Mags were also their demise and the appropriately titled Near Death Experience sounds like a retrogressive step. Each member of the band has subsequently disowned this album and while it doesn’t deserve to be ostracised it falls far short of its predecessors. Every Cro-Mags album found them taking a musical step away from their hardcore roots and Near Death Experience pretty much eliminates them. The only real connection to their illustrious past is lyrically; only by tapping into a deep ecology and their Hare Krishna faith stops this record becoming a faux metal workout. 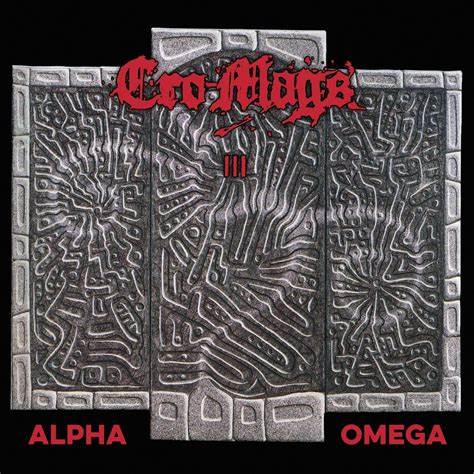 The two opening cuts (‘Say Goodbye To Mother Earth’ and ‘Kali-Yuga’) are ferocious but we soon hit a bump with ‘War On The Streets’. Despite its promising title the cowbell that serves as an introduction set my warning siren ringing as John Joseph sounds suspiciously like Steven Tyler and the whole song is like something Aerosmith would have churned out in ‘87. However, Near Death Experience isn’t all bad and there’s flashes of the band that once set the world afire like the raucous ‘Reflections’ while the buffalo stampede that is ‘Death In The Womb’ wouldn’t seem out of place on Best Wishes. Overall this album feels like it had a difficult birth. Often the songs sound lumpen and forced and the relatively short running time is only boosted by an edited version of ‘The Other Side Of Madness’ and it’s a sad indictment that the albums best cut is carried over from Alpha Omega.

Later Harley Flanagan set the Cro-Mags back on course with 2000’s excellent Revenge album (and more recently In The Beginning) and while Alpha Omega is essential Near Death Experience is one for the curious and completists only.