While the format for Metal 2 the Masses largely disintegrated this year, a couple of regions were able to stage a more traditional event. One such was North Wales, where Severenth emerged triumphant to claim their place on the New Blood Stage at Bloodstock. Emily Castles gets the inside story from the band’s drummer Dave Roberts.

MR: Many congratulations on winning Metal 2 the Masses in North Wales – how are you feeling?
Thank you very much, we’re all absolutely over the moon! It’s a festival we’ve always wanted to play. We slogged our guts out in rehearsals on the run up to M2TM to make sure the set was bombproof, and thankfully the hard work paid off.

MR: The M2TM structure was very different this year – but North Wales was one of the few regions that managed to hold an actual live event. How did it feel to be in front of a crowd?
To be back in front of a crowd again, after such a long time off, was just incredible! We’re a band that feels alive onstage. Along with everything else that comes with being in a band, hitting that stage is our favourite part. The energy in the room from everybody who had missed live music was electric.

MR: Had you been concerned it wasn’t going to go ahead, considering so many regions had to cancel their shows?
At one point it was touch and go, we really didn’t know if it would go ahead. It looked like it was going to go to a judge’s decision, but about two weeks prior, it got confirmed. We’d like to say a massive thank you to Ian Paul ‘Fozzy’ Forrester, and Ian North ‘Beany’ – the promoters from North East Wales Metal Productions, and to Stuart at Central Station for making that show possible.

MR: What did you think of the overall standard on the night – were there any particularly memorable moments or sets?
The calibre of bands on the night was extremely high. A few of the bands on the bill we consider friends and have shared stages with before. There were lots of entertaining sets; one band had an unhealthy obsession with cake (Thrashatouille), and another had lizard people join them onstage (Krank). It was certainly entertaining! Mad Spanner pulled off a great set. Unfortunately for them, their drummer was pinged just a day or two before the show and was unable to attend. So, they mixed things up and started their two-man show with some stand-up comedy, delving into a few covers and some instrumental tracks of their own, with the singer filling in on drums. They put on a great show, so congratulations to them for pulling it off. 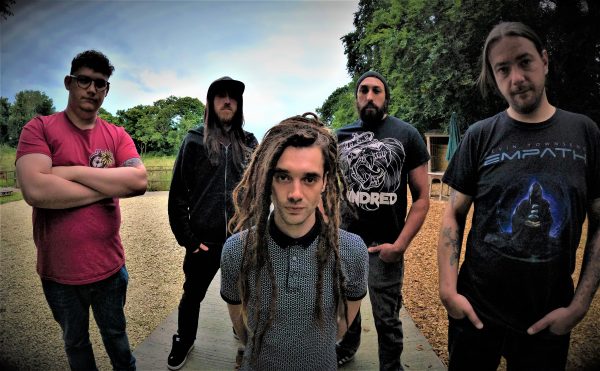 MR: How has the Covid-19 pandemic impacted Severenth, have there been any particular challenges or hurdles you’ve faced?
We’re a band who feed off each other creatively. We achieve much more when we’re locked in a practice room and can bounce off each other and jam it out. A lot of bands nowadays send a lot of ideas to each other via the internet, but for Severenth we’ve always been a band at it’s best when we’re altogether.

MR: Back in 2019 you released a new comeback track called ‘Reveal’. Were you pleased with how that was received?
We were truly overwhelmed with the response to ‘Reveal’. It was our first release since we dropped our album Reveal back in 2011.  We split up in 2013 and got back together six years later in 2019. We played a sold-out show at the Live Rooms in Chester, which was just a dream come true. We were taken aback by the response, and it was incredible to see people had missed us just as much as we had missed being a band. The support when we dropped our ‘Reveal’ certainly carried over; it was received really well, our socials blew up – we hit 5,000 plays in just a couple of days!

MR: Last year you announced a new upcoming EP, The Rest of Us. What can you tell us about that?
We’re extremely excited to be dropping The Rest of Us in the next couple of months. As with all our releases, we feel this EP will be a proper journey. We don’t believe in fillers; if a song isn’t good enough to be a single in its own right, it won’t make the cut. You can expect to hear the classic Severenth metalcore/tech/nu-metal infused sound, with extra meat and huge choruses!

MR: You’ve just announced that you’re supporting Benji from Skindred at his DJ set at Central in Wrexham in August. How did that come about?
As part of winning M2TM, we also won the main support slot for Benji’s DJ show.  We can’t wait! We actually supported Skindred in Surrey in 2010. Benji is a great guy; he came over and introduced himself after our soundcheck and was super friendly. We’ve stayed in touch with him over the years and caught up with him whenever we’ve played at the same festivals. It’ll be great to catch up with him again.

MR: Do you have any other gigs or tours planned, post-Bloodstock?
We have some North West shows confirmed for later on in the year. With Covid, planning gigs has been a tough one, with so much uncertainty. We’re working on a lot more shows in the background, so keep your eyes peeled for announcements on our social media channels.

MR: Have you had a look at this year’s Bloodstock line-up, anyone in particular you’ll be hoping to catch?
The line-up for Bloodstock is awesome. We’ll definitely be checking out Cradle of Filth, Devin Townsend, Raging Speedhorn, Judas Priest and, of course, Skindred. We also have some friends’ bands we’ll be checking out on the Jagermeister stage.

MR: What can fans expect who may be seeing you at Bloodstock for the very first time?
Anybody who catches the Severenth set can expect to see a high energy show. We are a band who feed off the crowd, we give our absolute all, nobody is left standing still. We will make our mark and deliver a show that will leave people wanting more. 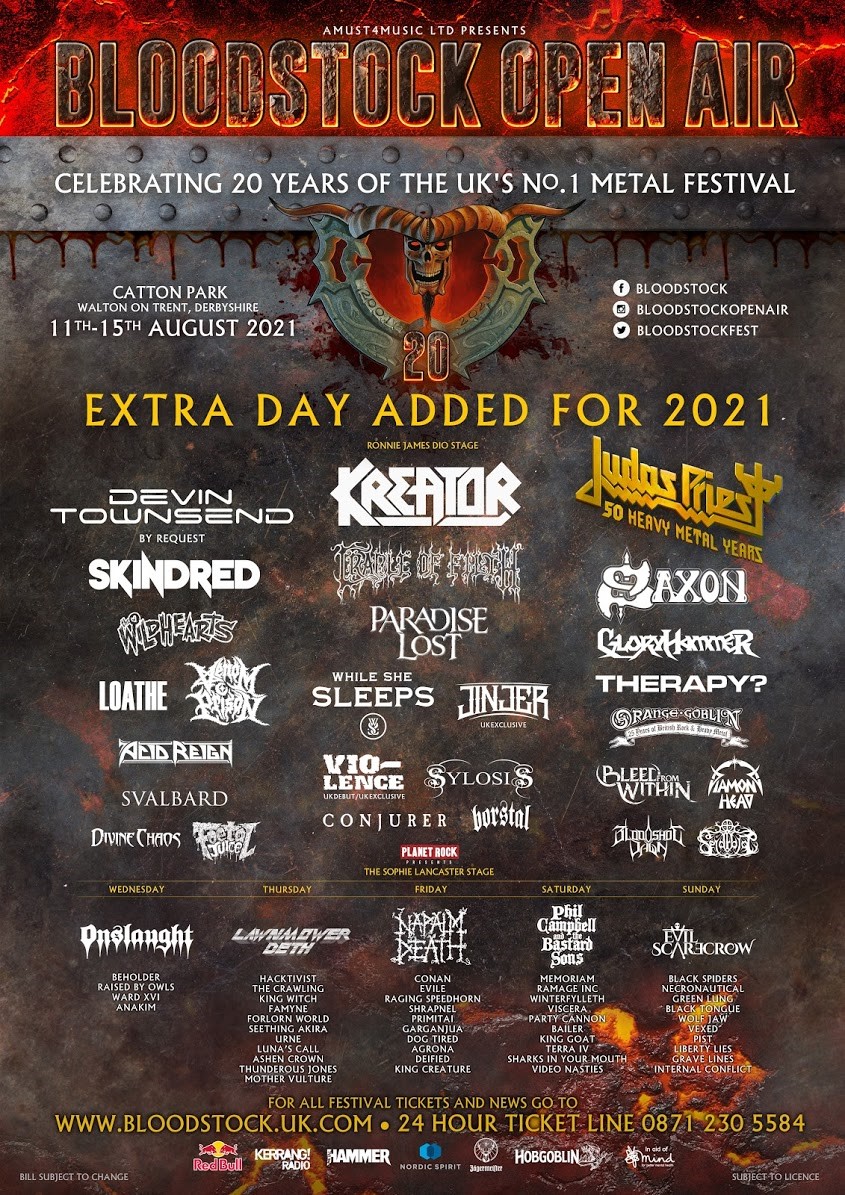