The Birmingham Metal to the Masses showcase sadly did not take place this year. Instead the judges did their research and after much  head-scratching Insurgent prevailed to book their Bloodstock ticket. Emily Castles caught up with them to hear their story before they perform on the Hobgoblin New Blood Stage on the Friday. 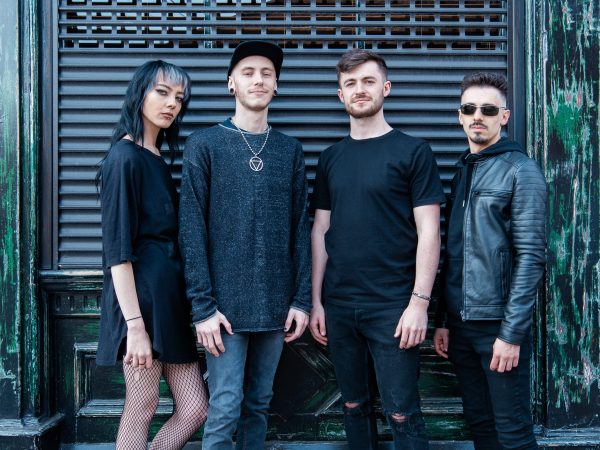 MR: Many congratulations on winning Metal 2 the Masses in Birmingham – how do you feel?
Thank you! We are so excited to make our first festival appearance at such a prestigious event as Bloodstock. We’ve been dying to show our new music to the world and we couldn’t have picked a better place to do that!

MR: Covid-19 meant Birmingham’s M2TM was a little different from years gone by, with the judges making their decision without the usual live shows. How did this go down with the band – were you still confident?
Yes, we were still confident that we were in with a good chance of getting on the festival. There are loads of great metal bands in Birmingham and we really respect them, but you’ve got to believe in yourself haven’t you! We’re really proud of the finished product that we left the studio with, so we knew that that would stand us in good stead for the more unusual competition layout this year.

MR: And how has the past 18 months been for you as a band – have you been concerned about the band’s survival at all?
It has been tricky, that’s for sure, but we have been resourceful, and we’ve tried to make the most of the time we’ve had to get ready for post-Covid life – and it seems to be paying off! Covid hasn’t made things easy, and we’d love to say we’ve got a whole album written and ready, but it has been a tough year and we’re proud of where we are at right now.

MR: Your first gig back is a bit before Bloodstock, at the Actress and Bishop in Birmingham. We all know live event venues have taken a real hit in the past 18 months – how important are smaller venues like this for bands that aren’t yet big enough for the Academy or Institute?
There is something about playing the smaller venues that is just so intimate and we love it. The first show back was crazy, and it was great to hear our own lyrics being sung right back at us! We’ve got to look after these venues, so be sure to go down and support your favourite bands whenever you can!

MR: What did you think of the other finalists in Birmingham’s M2TM – it sounds like it was a tough call between Insurgent and Overthrone!
Overthrone are an awesome band and they’ve clearly built a large (and well-deserved) following. We’d love to gig with them one day, maybe someone should float the idea…

MR: What do you think of the whole M2TM structure and qualifying rounds that ultimately lead all the way through to a date at Bloodstock?
It’s great that Bloodstock has such a community-driven process for getting bands onto the bigger stages. The only issue is that we hate competing with our good friends in the scene, but they’ve got to decide somehow!

MR: Is Bloodstock a festival you know well – have you been as fans and is there anyone in particular you’re hoping to catch?
None of us have made it to Bloodstock before unfortunately, but we can’t wait to catch Jinjer, Sylosis and Bleed from Within!

MR: You’ve just released your latest single ‘Dogma’ and your six-track debut EP Sentient is due out on Friday (6 August). Have you been pleased with how it’s all turned out?
Yes, we’re really happy with the reception that we’ve had so far. The fans have been super supportive, and we’ve managed to feature in Kerrang and Metal Hammer too, so it’s getting a good amount of positive feedback! We just can’t wait to get it all out there!

MR: What can fans expect who may be seeing you at Bloodstock for the very first time?
Well, we will be playing the EP in full, so that’s a bonus for any of the die-hard fans! Our sets are always high energy, and you can be sure as hell that we will give it our all!