Better Noise Music’s resident country-rocker Cory Marks has released his new EP Nashville Mornings, which offers retrospective new takes on some of the singer-songwriter’s fan-favourite tracks. The track listing includes a new country mix of his current anthemic single ‘Blame It on the Double’, a collaboration with Tyler Connolly of Theory of a Deadman, that was met with critical praise upon its release in April from the likes of Billboard and American Songwriter. An official lyric video for the new country mix premiered today alongside the EP, which you can watch here.

Marks also pays tribute to his music idol Merle Haggard with a stunning acoustic live cover of ‘If I Could Only Fly’. And rounding out the track listing are three songs from Cory’s debut album Who I Am, including a captivating live version of the title track and a previously unreleased solo version of ‘Out in the Rain’. The Nashville Mornings EP is now available for stream or purchase across digital platforms HERE. 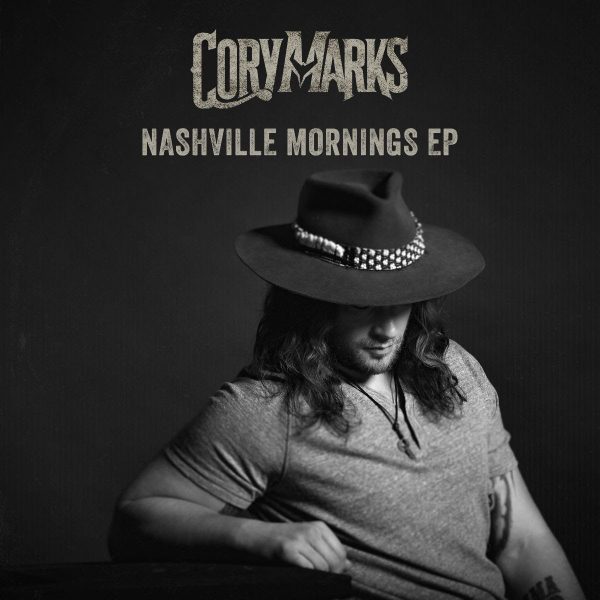 Marks celebrated the release of the EP saying, “I love sharing my music with the world in many shapes and forms. This EP embodies a specific mood, paying tribute to the city of Nashville – the capital of country music – which will always have an influence on my art. And specifically, I’m honored to be able to sing one of my favorite songs from my favorite artist, Merle Haggard.

“‘If I Could Only Fly’ is one of many beautiful songs by Merle. This one is special to me as it makes me think of my Grandma Maisie and my Papa Al.  My Grandma would listen to this song and think of my Papa when he passed away. And now that they’re both together in heaven, this is like a love letter for them, and to them. I’m sure Merle will let them know when it’s out!”

Marks recently announced that he will be joining ‘Blame It on the Double’ collaborator Tyler Connolly and the rest of Theory of a Deadman on their North American tour starting in September. For tickets and show dates, please visit: http://www.corymarks.com/

Connolly also joins Marks, along with Jason Hook, in the cinematic visual for ‘Blame It on the Double’, which premiered earlier this spring. The video includes footage from the upcoming horror-thriller film THE RETALIATORS (coming later this year from Better Noise Films). The track, lending itself to the anything-can-happen vibe of the underworld presented in the film’s story, will appear on its highly-anticipated original soundtrack, which also features some of the biggest names in rock, including Papa Roach, Five Finger Death Punch, Escape The Fate and more.

Audiences will also be able to see Marks on screen in the feature, as he makes his acting debut via a very special cameo. Watch the ‘Blame It on the Double (featuring Tyler Connolly of Theory of a Deadman and Jason Hook)’ official music video here.